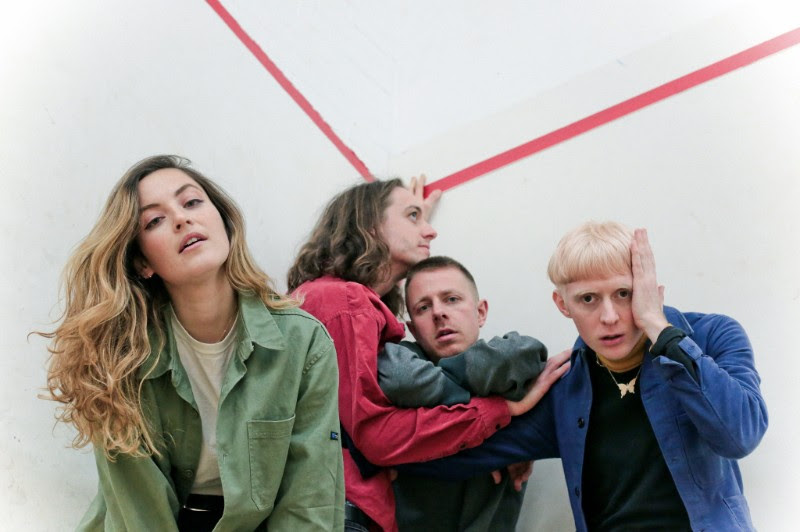 “Big Man” sees CHILDCARE load up on snarling cynicism, articulating their thoughts through menacing interweaving melodies whilst ultimately encouraging more active and inclusive conversation when it comes to the current political climate.” The Line of Best Fit

Pushing beyond the echo-chamber, CHILDCARE follow the slinky art-rock of Put Down Your Penwith the bold and brooding Big Man, an alternative take on dealing with bubble-breaking disagreement and family friction.

The second single from their upcoming ‘Luckyucker’ EP, Big Man seeks to address the difficulties of contrasting world views, immigration and accusations of liberal elitism, all in a tidy 3 minutes and 53 seconds. Frontman Ed Cares explains:

“There’s a place for fighting and affirming the values you stand up for, but too often we ridicule and dismiss those we disagree with. I’m bored of broad-brush Tory bashing and of hearing that everyone who voted for Brexit is stupid. This song is a reminder that we need to listen and try and understand those who believe differently from us.”

The band will head out on a two week UK headline tour in October to support the release of the ‘Luckyucker’ EP.

The group’s now oft recanted formation story remains a point of interest. It all started when EdCares, one of West London’s most in-demand male nannies, was overheard humming a song he had written, by Katie, aged six, who persuaded him to form a band. Josh, eight, boldly proclaimed:“You’re probably my second favourite artist after Katy Perry.”

Their debut EP, ‘Made Simple’, released last year, earned them all sorts of tastemaker acclaim and national radio play with prestigious UK titles DIY, The Line of Best Fit, Wonderland and The 405 all tipping the group as one’s to watch.

With a sling of festivals including the legendary Reading and Leeds and a recent Radio 1 Maida Vale session tucked safely under their belts, the band’s vivid and visceral live show shouldn’t be missed.

By adding yet another stellar single to their oeuvre in Big Man, CHILDCARE look set to cement themselves as one of London’s most exciting emerging acts.