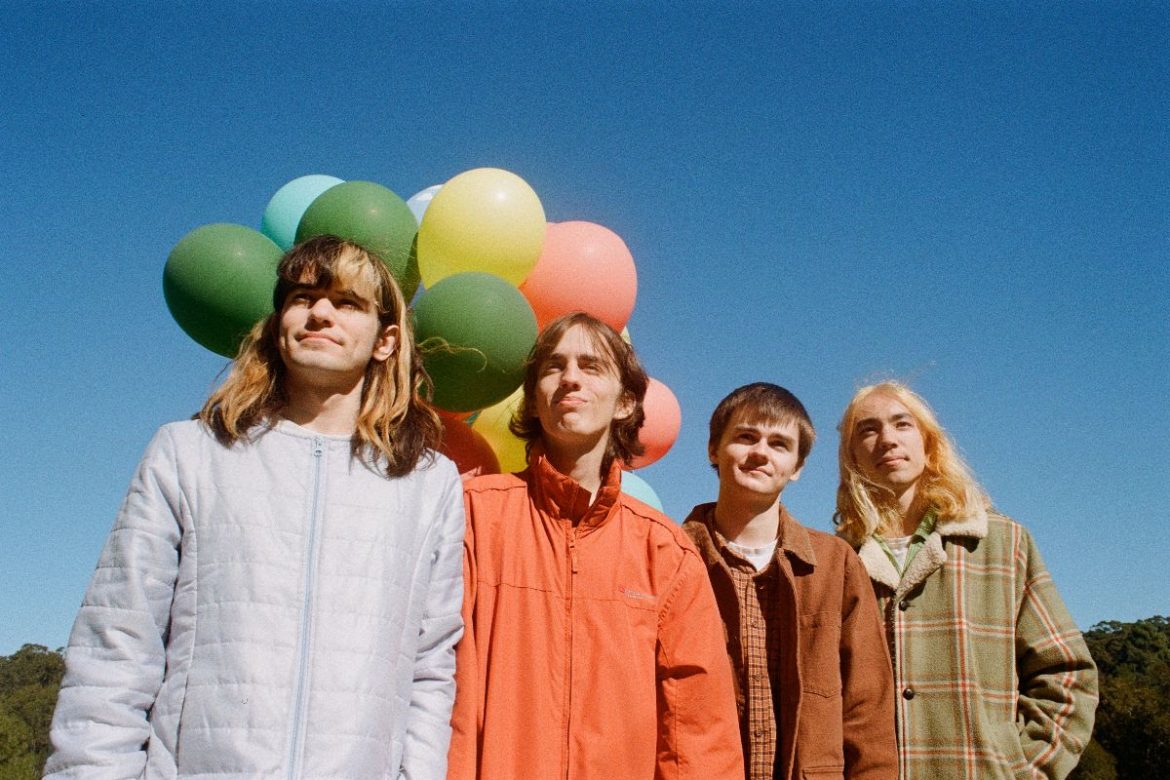 The video follows the release of the band’s debut album, SongBook including previously released tracks ‘Where’s My Brain???‘, ‘Tangerine‘, ‘Cheesy Love Song‘, ‘Fuzz Jam‘, ‘Hippo‘, ‘Starting Over‘, and more, which drew high praise from all corners of the world, including Dork, CLASH, DIY, Spin, KCRW, DORK, Mojo, NME, VICE, triple j, Unearthed, Lauren Laverne of BBC 6 Music, 3RRR, 2Ser and more. A sumptuous, prismatic tapestry of modern-day psychedelia sans pastiche or revivalism, SongBook is music for free-roaming adventurers of imagination, whose unbounded appetite for Imagineering is matched only by its expansive creative palette. As the record unfurls, The Lazy Eyes uncover the myriad sides to their psych-rock sound, from driving, distorted, Black Sabbath-esque guitar riffs to the sunnied, vintage-soaked escapism of 60s psych-pop, from blistering dual guitar solos to washed out, effects-lathered shoegaze to lovelorn ballads full of plush baroque, orchestral flourishes.

The band is currently on their headline album tour stopping in Meaninjin/Brisbane this weekend, followed by Gubbi Gubbi/Maroochydore, Ngarangwal Land/Gold Coast, Dharawal Land/Wollongong, Awabakal Land/Newcastle, and Eora/Sydney before heading over to the UK for their debut run of shows alongside performances at this year’s The Great Escape. They will return home to continue their Australian tour before jumping on stage at Splendour In The Grass, supporting The Strokes in Eora/Sydney and Naarm/Melbourne, and playing alongside artists like Arlo Parks, and Matt Corby at Gang Of Youths-curated festival A More Perfect Union. See full dates and details here.

SongBook LP is out now, buy/stream it here.

Vermont are back with angsty new single “Over Our Head”