“One of the most promising young voices in the country … emotional punch and sky-high potential!” – triple j

KIAN burst into the hearts and minds of Australia after winning last year’s triple j Unearthed High competition. He further cemented his arrival with #20 spot in triple j’s 2018 Hottest 100 for his breakout track ‘WAITING’, included on forthcoming EP BLISS, released May 10.

BLISS isn’t just the title track of Kian’s debut EP. It’s the lens through which this fresh global talent sees the world.

“The song is pretty dark and it feels almost haunting,” he explains, “but in a way it’s kind of beautiful as well. If something bad happens, then something good will happen. And vice versa. That’s the philosophy I have.”

Eked out on acoustic guitar in his bedroom, BLISS captures the reality of being a young person making their way in this complicated world. And while it grapples with some heavy subjects, it’s hard to go past the inspiring message at the song’s core: it’s okay to be vulnerable, it’s okay for boys to cry.

“I think that in my adolescence I have experienced things, both good and bad. So I just want to express that for myself and get those emotions out. But also let other people relate and feel like they’re not alone.”

Mature beyond his 16 years, Kian grew up in a creative community in the Victorian goldfields town of Castlemaine. His father runs hip-hop dance workshops in remote Indigenous communities, while his mum played in bands in her youth. “I was around a lot of creative people and I learnt a lot about expressing myself without being judged by anybody.”

These days his inspirations include Frank Ocean, Earl Sweatshirt and other artists with a sense of lyrical integrity. “I’m really inspired by hip-hop and rap and that whole rhyme scheme. It has really inspired my writing. I write in the same way as someone writing a rap and then I’ll broaden it out melodically.”

Things have completely taken off for Kian since winning triple j’s Unearthed High competition in 2018. Extraordinarily, he achieved that feat with the first song he ever wrote. Waiting may’ve started as an experiment – “My 15th birthday was coming up and I wanted to try my hand at writing a song” – but not even Kian could have predicted how far it’d take him. For the rest of us, it was impossible to deny his distinctive delivery and lyrical integrity.

In the time since Unearthed High, Kian has signed with EMI Music Australia and Republic  Records internationally, witnessed Waiting reach double platinum in Australian and Gold in New Zealand, participated in the prestigious Bali Songwriting Invitational, performed nationally at the St Jerome’s Laneway Festival, and is about to head off to the UK and Europe for The Great Escape Festival and shows in support of pop influencer Conan Gray.

He has chalked up an incredible array of stats for a newcomer – including most played Australian artist in the first quarter of this year (Source: The Music Network) and #1 most streamed artist (Australian and International) in the country through April.

He appears in a recent Billboard Magazine feature showcasing some of the world’s up and coming music stars, and is about to embark on stint of live touring – following his UK and Europe shows he heads to Adelaide’s Spin Off Festival and Splendour In The Grass in Byron Bay, before embarking on his own headline tour dates.

The release of the BLISS EP is the next step in Kian’s journey. It features Waiting and follow-up single Childism, which was born from a lo-fi beat discovered on YouTube. It also shows a different side to Kian. Reminiscence is a dreamy soundscape with spoken-word vocals that Kian mixed himself; Summer Insecurity explores themes of solitude over lush R&B beats; while closing track Telephone playfully incorporates samples and skits.

“As much as I have a sense of seriousness in my music,” he explains. “I think it’s fun to show people another side of my character.”

It’s all about balance, he says. “That’s what bliss is. Happiness can also bring sadness. It’s a balance, and there’ll always be balance in the world.” 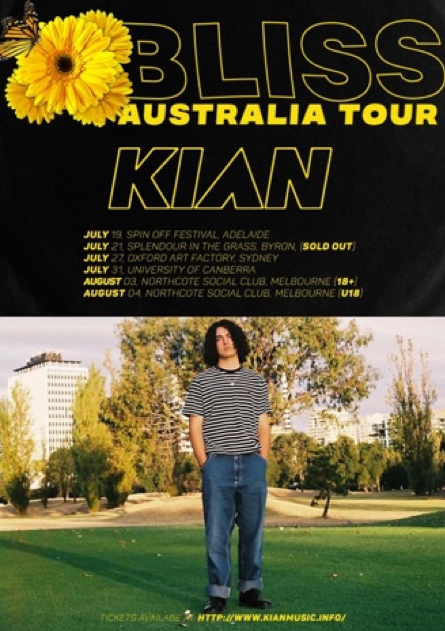 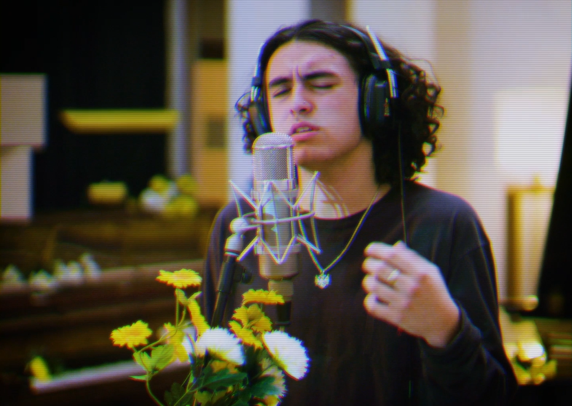 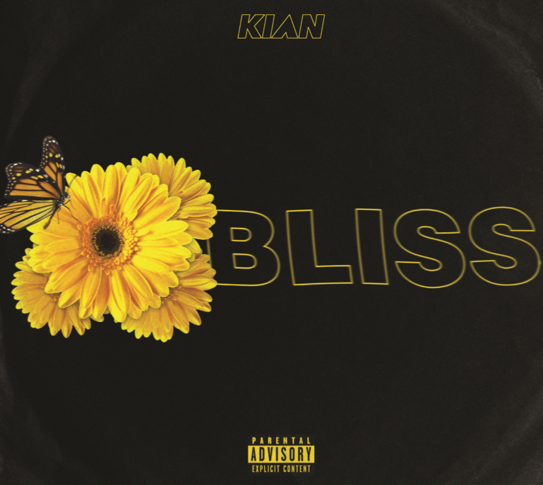