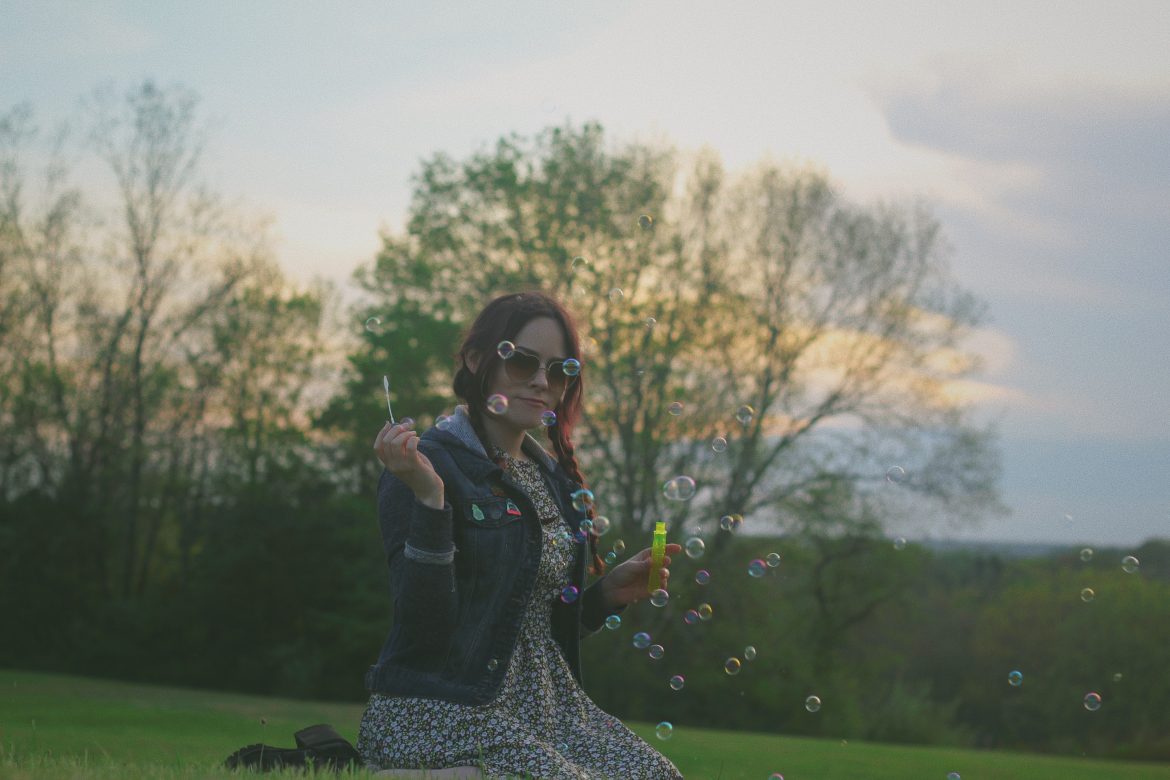 I am from a small town in eastern Connecticut!

I’ve been singing my whole life. I started writing songs around 10 years old and picked up instruments like piano or guitar around 17.

I’ve been working a lot on writing lately. I’ve been in a little bit of a writer’s block while writing for the next single, so it’s just been a lot of brainstorming until something sticks. I want to release something I’m proud of, so it has to be right.

Your latest single ‘Honey’ is out on July 1, what influenced the sound and songwriting?

Honey was mostly written because we wanted to write something fun after the last single,Tightrope. We were inspired by MUNA and the 1975 which I think really comes out in the synths. The storyline is pretty in your face with this one, no crazy metaphors or twists. Just a simple song about how it feels to hear your ex regrets leaving you. It’s a little flawed to admit, but it always feels great to know you’re missed.

How did you go about writing Honey?

I wrote Honey with Mackenzie Christensen, my producer. We started out by coming up with sounds and chords we liked. Initially we liked the idea of a “fake chorus” and thought it should have a little bit of sass to it. On my way home I started to come up with the story and by the time I parked I had most of the song written.

Since High & Low came out in 2021, I’ve worked with Mack on every release. We usually work together to plan out the structure of the song, unless we’re using one I’ve already written. After that I go home to put on a melody or lyrics to it, and he works his magic from there. He handles the mixing and mastering as well. We work really well together so we get together and talk or hang out while we try to add different instruments or sounds to make the songs feel complete and authentic. We record at his house most of the time.

This process was pretty easy going. We had a lot of the melody and structure written in one day. The lyrics came within the next couple days and then it just took some trial and error to record the rest of the instruments.

I tend to stick to a lot of 60s/70s music so it’s a little hard to break me from the classics. Lately it’s been Joni Mitchell or Paul Simon, but for current artists I’ve been admiring Harry Style’s new album or Carol Ades’ new single “26.”

I really love to bake! I spend a lot of my free time doing that or binge watching TV shows. My favorite thing to bake is flavored cinnamon buns and the show I’m currently catching up on is Better Call Saul.

For the foreseeable future I’ll just be here releasing singles! I have two more planned for 2022. I hope to play out a lot more in 2023 so I’ll probably be preparing for that too.

My favorite food is sushi! I could eat it every day. McDonald’s is my guilty pleasure though; gotta love those cheeseburgers. My favorite place to hang out is definitely my bed, but the drive in is pretty fun too.