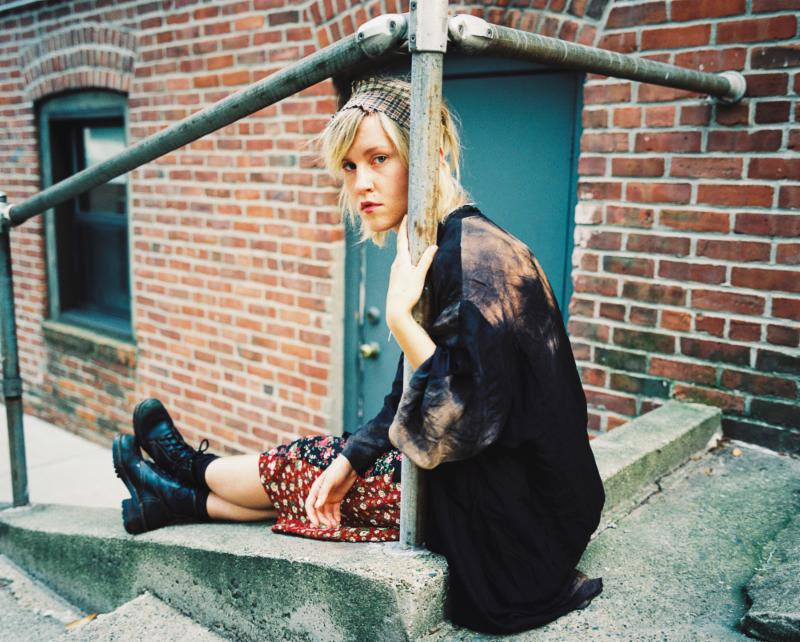 Portland folk songstress Johanna Warren shared the video for “Cleansed By Fire,” the meditative track off her acclaimed new album Gemini II, today. The clip, a piece about former lovers dissolving their broken bond and reclaiming autonomy, shows Warren dancing in ocean waves while singing in Icarus-inspired imagery: “We, two as one / Reached for the sun / Well, we tried.”

Gemini II is out now on Warren’s label Spirit House Records.
JOHANNA WARREN ON TOUR:
Johanna is currently on her Plant Medicine Tour — she’s been collaborating with local herbalists and biodynamic farmers in each city to talk about their work, and each performance involves an element of guided sound healing meditation. Warren is a certified Reiki master and will also be offering Reiki classes and private healing sessions in select cities.
4/11: Mr. Roboto Project – Pittsburgh, PA
4/12: House show (87 E. Lorain St.) – Oberlin, OH
4/13: In The Clouds – Grand Haven, MI
4/14: House show (3920 W. North Ave.) – Chicago, IL
4/15: Rozz Tox – Rock Island, IL
4/17: The Train Station – Appleton, WI
4/18: The Frequency – Madison, WI
4/19: The Smokestack – Dubuque, IA
4/20: Little Woods Herbal – Ames, IA
4/21: The Zoo Bar – Lincoln, NE
4/22: Velcro Cat – Denver, CO
4/24: House show (808 Mill Creek Dr.) – Moab, UT
4/25: Centered City Yoga – Salt Lake City, UT
4/26: The Lighthouse – Ogden, UT
4/28: Lower Crossing Farm – Missoula, MT
4/29: House show (2505 S. Garfield Rd.) – Spokane, WA
5/02: Fremont Abbey – Seattle, WA
5/03: Alternative Library – Bellingham, WA
5/04: House show (4812 Emerald Ct.) – Port Townsend, WA
5/05: The Bodhi Center – Bainbridge Island, WA
5/06: The Farm House – Olympia, WA
PRAISE FOR GEMINI II:
“A view of a failed romance sung with meditative grace and intimations of heartache.” – New York Times
“Johanna Warren makes folk music that is at once heady and relatable, weaving the realities of heartache through mystical rituals and pastoral imagery.” – Pitchfork
“The spirit that animates much of Warren’s music and philosophy [is] an enduring belief that we can be better, despite the hurt and despair we put each other and ourselves through.” – NPR
“[Warren] poured her very essence into the tracks, filling them with references to the occult and mysticism that are part of her every day existence.” – Consequence of Sound
MORE ON JOHANNA WARREN:
When asked what motivates her to make music, Johanna Warren responds immediately: “Music is vibration; it’s a direct way to affect matter. A song is a way to journey into places of discord and then resolve back into harmony.” The Portland songwriter/multi-instrumentalist constructs complex, gossamer folk compositions that draw from the richness of the human experience and her own unique flavor of mysticism. Her 2015 sophomore album, numun, found its way on to several notable year end lists and led Rolling Stone Magazine to name her a “Songwriter You Need to Know.” In 2016 she founded Spirit House Records, a radically artist-friendly label for witches, healers and free spirits.

Last year, Warren also released Gemini I, the first of a pair of conceptually connected albums written and recorded in the throes of a rocky romantic relationship with another artist. “All the songs on both records are about a complicated three-year relationship with a Gemini man,” she says. “It was very much a ‘twin flame’ situation. We were working with bright light and intense shadow.” As a way to process this emotional chaos, Warren began to write in earnest as a form of self-therapy. Eschewing the more abstract lyricism of her earlier work, she began to create a suite of confessional songs about the blessing and the curse of romantic love.

The albums that resulted, Gemini I and Gemini II, are moody, bewitching records packed with layers of occult symbolism and personal mythology. Every song on Gemini I has a corresponding “twin” on II, linked by melodic motifs, lyrical content or production choices. Rather than the DIY recording setups that Warren and engineer/producer Bella Blasko had used previously, the Geminis were tracked at Dreamland studios in upstate New York. There, equipped with a sudden wealth of instruments and more sophisticated technology, Warren who arranges and play nearly everything on her records, felt free to explore. This spirit of experimentation is evident on the records. The songs retain the hushed warmth of previous releases Fates and numun, while expanding Warren’s sonic landscape in all directions.