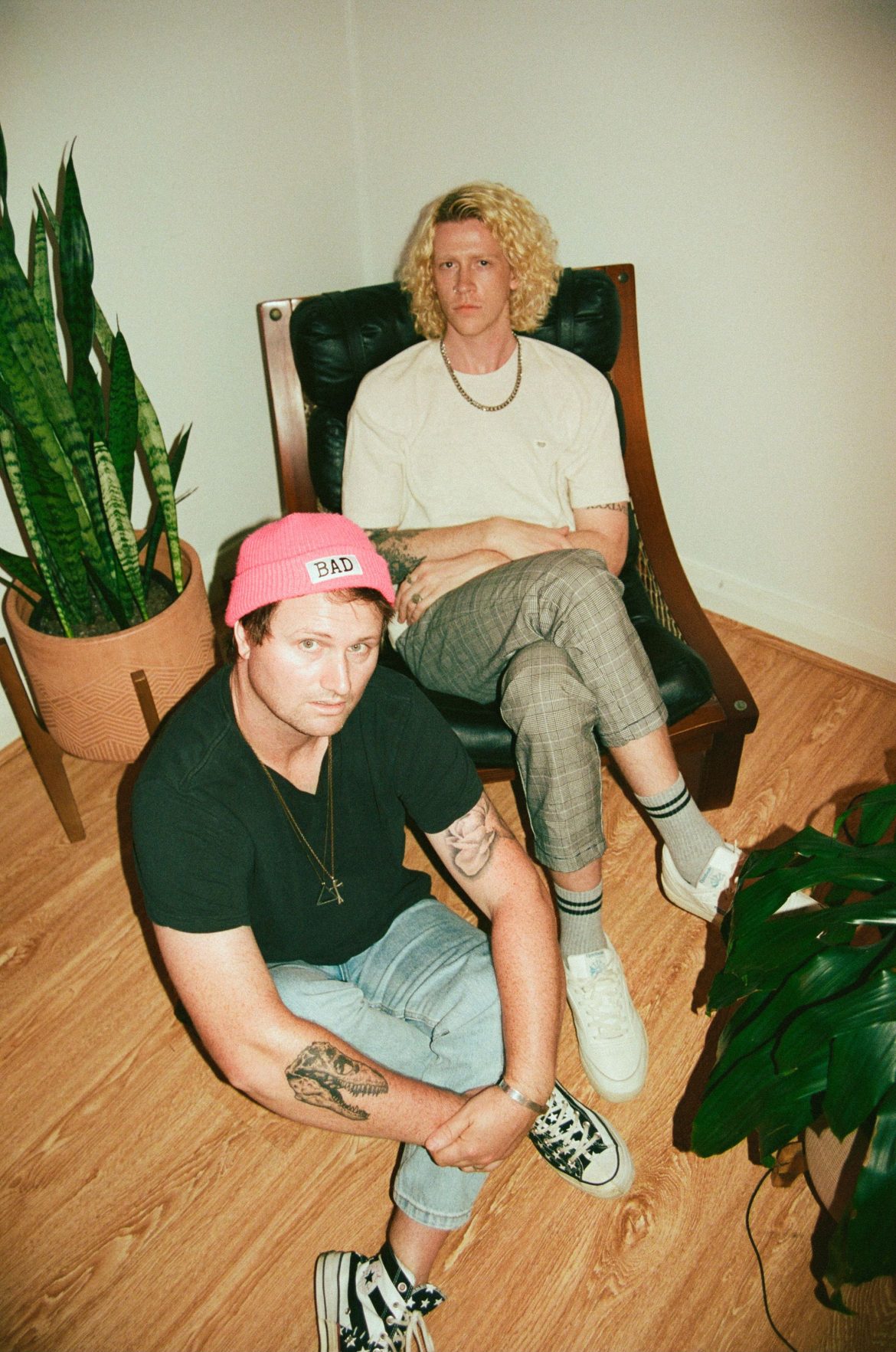 I’ve been writing songs since I was around 3 years old. There are photos of me performing with a playschool guitar on a wall at McDonalds. I had written a number of vocal lines over the top of the prerecorded progressions haha.

I didn’t start playing music properly until I was 13 though. I switched schools and the first friend I made played drums. He pushed me into playing guitar as well as singing and I just wanted to fit in so I guess I can thank him for that.

What’s the story/message behind Jared Gecko?

We’ve both been through a lot of shit in our lives, and both had to overcome a lot to be here, to be alive. We’ve worked on ourselves a lot since starting this project to overcome or at-least manage severe depression and life circumstances. I myself am diagnosed with Bipolar & Tim has his own set of demons he’s dealing with. So we gave the project a name that sounded like a person, someone that we could aspire to be, to not only help other people with what they are going through but be a support system for ourselves.

We’ve been in and out of the studio getting an EP together so that we can put together our live show ready to tour. Recording is only half of it and really the hardest part, although it’s somewhere we feel very at home. We can’t wait to start playing live where we can really be in our element. I think the soundscape of what we have been creating is something that’s really going to transfer well live, and add another dimension to the songs that can only be experienced at a show.

Your debut single ‘California’ is out now, what or who influenced the sound and songwriting? I think it really came from a place of frustration. I was writing with a lot of artists that week who weren’t really my cup of tea, shall we say, and it wasn’t satisfying me creatively. I had taken the previous night off to go see The Neighbourhood play at the Greek Theatre in LA so I was still mesmerized after that. Like that’s the space I really want to be in.

How did you go about writing California?

It wasn’t something I set out to do, neither was this project, it just kind of happened in a really unexpected natural way. It’s the fastest song I’ve ever written, I was laying back in a deck chair next to a pool trying to get 30 minutes chill time before the next session but I couldn’t stop humming the chorus melody, the lyrics followed quickly behind. I guess my head was just in the right place that day.

Pete Holz produced, mixed and mastered the track, with Tim working on some extra production that truly made it come to life. I had worked with Pete who has done everything from Gang Of Youths to Peking Duck on a few other projects and I felt like we communicated really well. He is potentially the only person who is be able to bring what was inside of my head to through the speakers.

How did you come to work with Pete Holz and what was this experience like?

Honestly the hardest part of working with Pete on ‘California’ was deciding between dumplings or Sushi for lunch. Everything else was super easy and fast, which is usually a good sign that its well written and comes from a authentic place.

Everything to me is about vocals. Always start with a really basic demo track that was based entirely around the vocal, then we record the finished vocals with harmonies. Once that’s locked in there is a lot more freedom to shape the music to the vibe you want it sonically to be rather than wasting time writing parts that might not go with the vocal.

I’m currently listening to a lot of Børns as well as Halsey’s first album, Badlands. I’m a huge fan of the darker side of pop, and I spend a lot of my day driving and I feel that it’s the perfect vibe in all this rain Sydney’s been experiencing. I also recently discovered local artist D’Arcy Spiller from Melbourne, really into what she’s doing right now.

I don’t spend a lot of time away from music as my brain is always trying to write something new whether I want it to or not, but I’m super into sport and that’s what I watch when I’m trying to unwind. I’m a huge LA Kings (NHL) fan as well as the Parramatta Eels.

The main focus this year is to finish as many songs as possible, release a couple more and start rehearsing the live set as the plan for 2023 is to tour as much as possible.

Anything that I don’t have to cook haha but my go to is Japanese or Indian. Can’t go wrong with Ramen or Paneer Tika masala! I used to love going out partying, a little too much. Now I much prefer hanging out at someone’s house, or somewhere quieter. I hate not being able to hear the person I’m talking to. I like having genuine connections with the people I surround myself with. It’s been a big part of working on myself and having a more stable lifestyle.