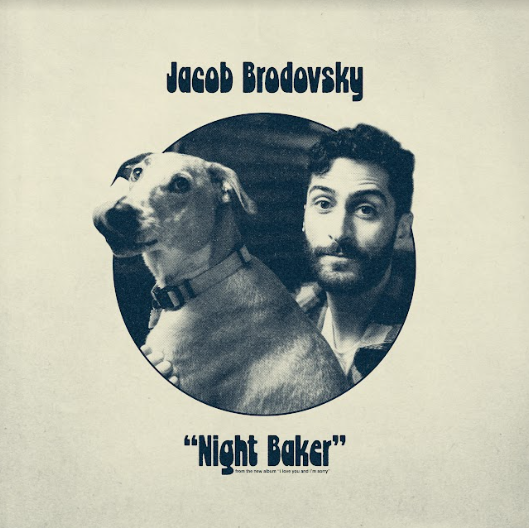 Winnipeg’s Jacob Brodovsky has released his indie-folk infused (and quirky pop tune) “Night Baker” from his upcoming album “I Love You And I’m Sorry”.
A singer-songwriter, guitar player, college radio host, and summer camp director from Winnipeg, Manitoba, Treaty One Territory – Jacob is keen to release his new music.  After years of playing in various bands (most recently fronting folk rock band Kakagi) he released his debut solo EP ‘Sixteen Years’ in 2019. A champion for Winnipeg’s local music scene, he hosts “Let’s Play DJ” a weekly interview show for local musicians to talk about music they like on CKUW. He spent the pandemic recording his first full length effort – and when he’s not writing songs, he runs a children’s summer camp with his wife in Lake of the Woods, Ontario and spoils his rescue dog, Mavis (no relation to me).

MATTHEW GILBERT releases cathartic & poignant sophomore album ‘GETTING OVER ALL OF IT’ Release show at The Wesley Anne on Saturday, July 30th.