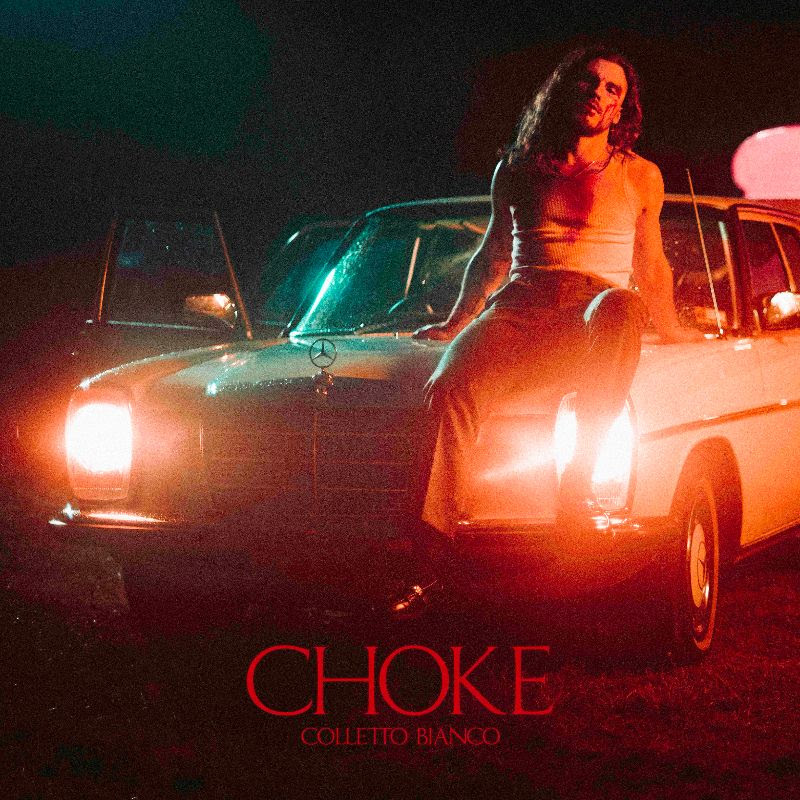 THE THRILLING & DRAMATIC NEW SINGLE, CHOKE
IS OUT NOW

Colletto Bianco is the solo artist arrival of frontman Joel Martorana from Sydney based rock outfit, Endless Heights. With three critically acclaimed releases, triple j high rotation success, sold-out headline tours and touring with artists such as Taking Back Sunday, The Amity Affliction, The Story So Far and Basement – their live show quickly became a rite of passage in Australian alternative music.

On the back of ten years of international touring in the world of rock and roll, Joel debuts into the pop realm under Colletto Bianco.

“Choke is a torturous dance between desire and fear. One’s overwhelming fear of self being hidden behind a veil of chaos, passion and lust. The debut single from Colletto Bianco exposes the impulse to indulge and distract instead of listening to your own conscience – using pleasure as a distraction to shy away from what is in front of you.” explains Joel Martorana.

The single is accompanied by a music video that is a true cinematic introduction to the thrilling, dramatic and tragic character project that is Colletto Bianco.

“Choke gives a brief insight into the daily life of this proud, chauvinistic and bold fool. Watching Colletto build credibility with his dons and (poorly) juggling a hidden second life from his beloved family who are eventually brought into his mess.”

LISTEN/STREAM CHOKE HERE
Colletto Bianco defies genre boundaries in an intimately familiar way, while being bold as brass. Challenging passé notions of masculinity, identity, mental health and self growth while exploring the influence of his Sicilian roots.

Colletto Bianco is Italian for ‘White Collar’ – an ode to his heritage and a piss-take on his own sense of self, juggling a life of creativity with the corporate world.