“Nodding to Pixies, Nirvana and The Smashing Pumpkins
in a fuzz-emblazoned headrush.”
DIY

“Fast becoming one of the most irresistible
bands on the scene.”
NME

After an incendiary set at Glastonbury last weekend, INHEAVEN are today sharing brand new track “World On Fire”, which aired on Good Nights with Linda Marigliano on triple j last night. Produced by Tom Dalgety (Royal Blood, The Amazons) and recorded at Rockfield Studios, it further previews the Friday September 1 release of their self-titled debut album.

While “Vultures” fired out from the starting blocks in a rush of barely controlled chaos, “World On Fire” delivers INHEAVEN’s righteous fury in a tightly coiled ball of bold belligerence, raw riffs and blitzkrieg rhythms which swirl around vocalist/guitarist James Taylor’s rallying call-and-response cry of “Pray! Pray! Pray! Praying for the end of the world!”

By the moment vocalist/bassist Chloe Little hollers a bellicose defence of women’s rights with “My body’s mine you have no say on any choice I make today”, there’s no doubt that “World On Fire” is INHEAVEN’s own anti-Trump anthem. It’s a statement of intent from a band who are unafraid to stand up for what they believe in.

INHEAVEN’s foundations were set when James and Chloe bonded over a shared love of bands who inspire young people to see the world in a different way. The pair embarked on an audio-visual project, recruiting their neighbour Jake Lucas on lead guitar and Joe Lazarus on drums. To test out their creative compatibility, Little put together a 30 second video of images and asked Taylor to write music over it.

Things clicked into place pretty fast as they wasted no time getting the word out in their own unique way. They set up a mysterious website with hidden videos, made fanzines, produced their own artwork, and sent their songs to blogs around the world. Things began to hot up for the band after the releases of their first official single “Regeneration” on Julian Casablancas’ Cult Records label. 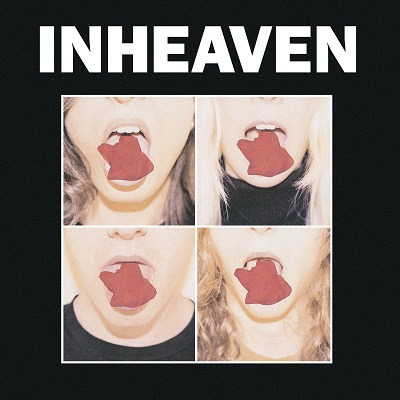 INHEAVEN by INHEAVEN is out Friday September 1
on Play It Again Sam via [PIAS]
Pre-order it here: https://Inertia.lnk.to/Inheaven

STONE SOUR SHARE 360° PERFORMANCE VIDEO FOR SOMEBODY STOLE MY EYES