Melbourne trio Huntly bring emotional vulnerability to the dance-floor, making radical electronic pop songs where the personal and political coexist, where moving and feeling are symbiotic. Today they release brand new song ‘Drop Gear’ (premiered on triple j last night and Noisey this morning) and announce they have signed to Barely Dressed Records.

On ‘Drop Gear’, Huntly double down on their “doof you can cry to” manifesto, marrying intimate songwriting with forward-thinking dance music to astonishing effect. ‘Drop Gear’ is a song about tension, restlessness and alienation. It secures Huntly a place in the canon of cutting-edge pop.

Lead singer Elspeth explains “Drop Gear is set at the tipping point of two relationships. It starts messy on a hot night in summer, and it builds with the momentum of wanting someone and trying to hold it back from them. Drop Gear is that energy, that distance I needed to put between me and someone else before it imploded.”

Co-producers and band members Charlie and Andy replicated the song’s narrative with slow-attack swelling synths, rising percussion and layered vocal samples – creating a flow of rising and releasing. “Andy specifically wanted the sound to represent that flooding feeling that the words “Oh god” convey, trying to offer an emotional release of that tension.”

‘Drop Gear’ comes with an orgiastic hypercut-sporting video premiered by Noisey that can only be described as a true visual freak-out. Created by Australian Reflexxx (Directors Jack Jen Atherton & André Shannon) the video is compiled of collection of low-fi recording techniques from infrared cameras to handycams and iphones, ‘Drop Gear’ is part music video – part performance piece – part dance off.

Huntly have built an underground reputation as one of Australia’s most evocative and dynamic live electronic acts. They will be celebrating this new release at their ‘Homecoming Ball’ in Melbourne onSaturday October 6. 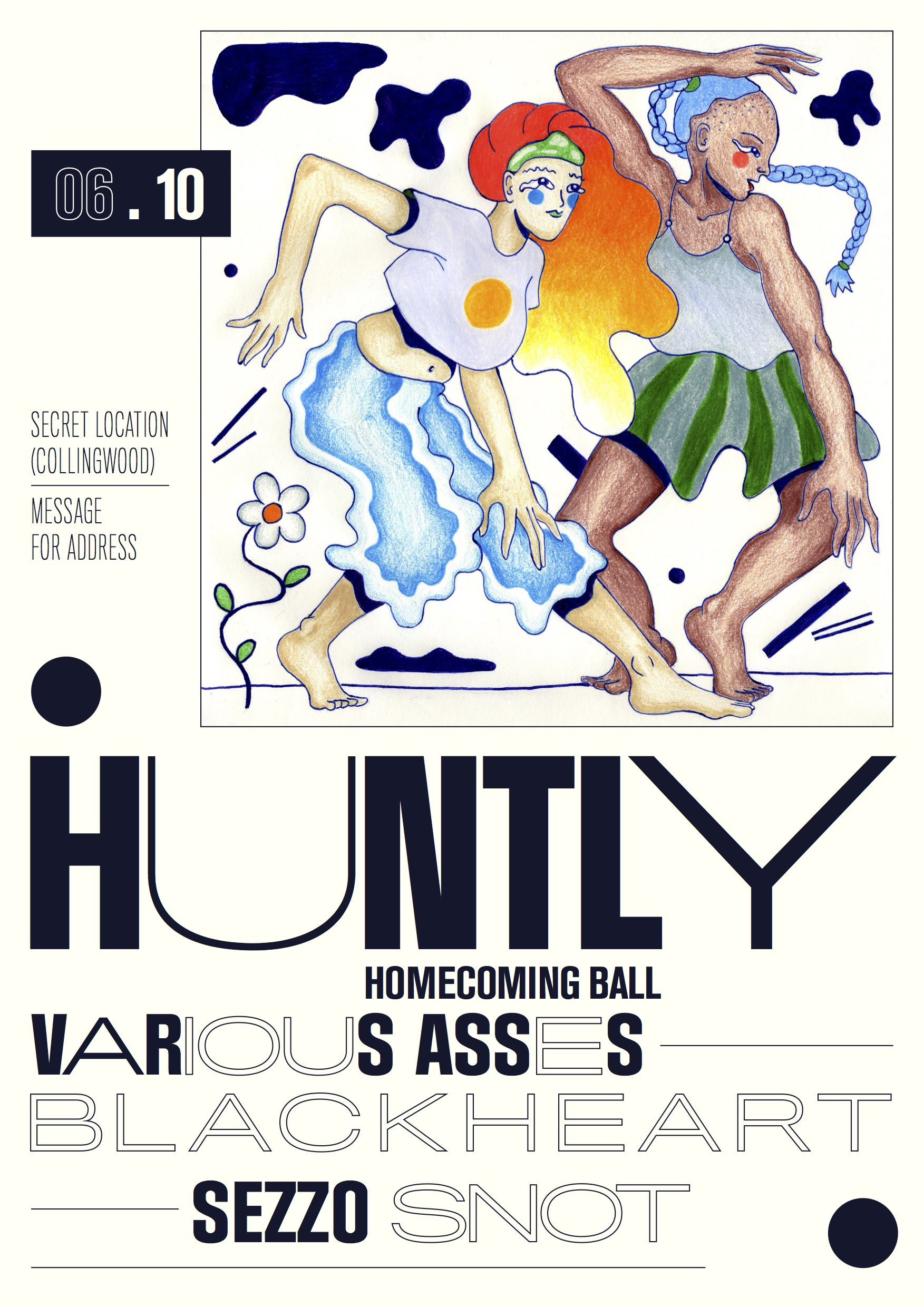