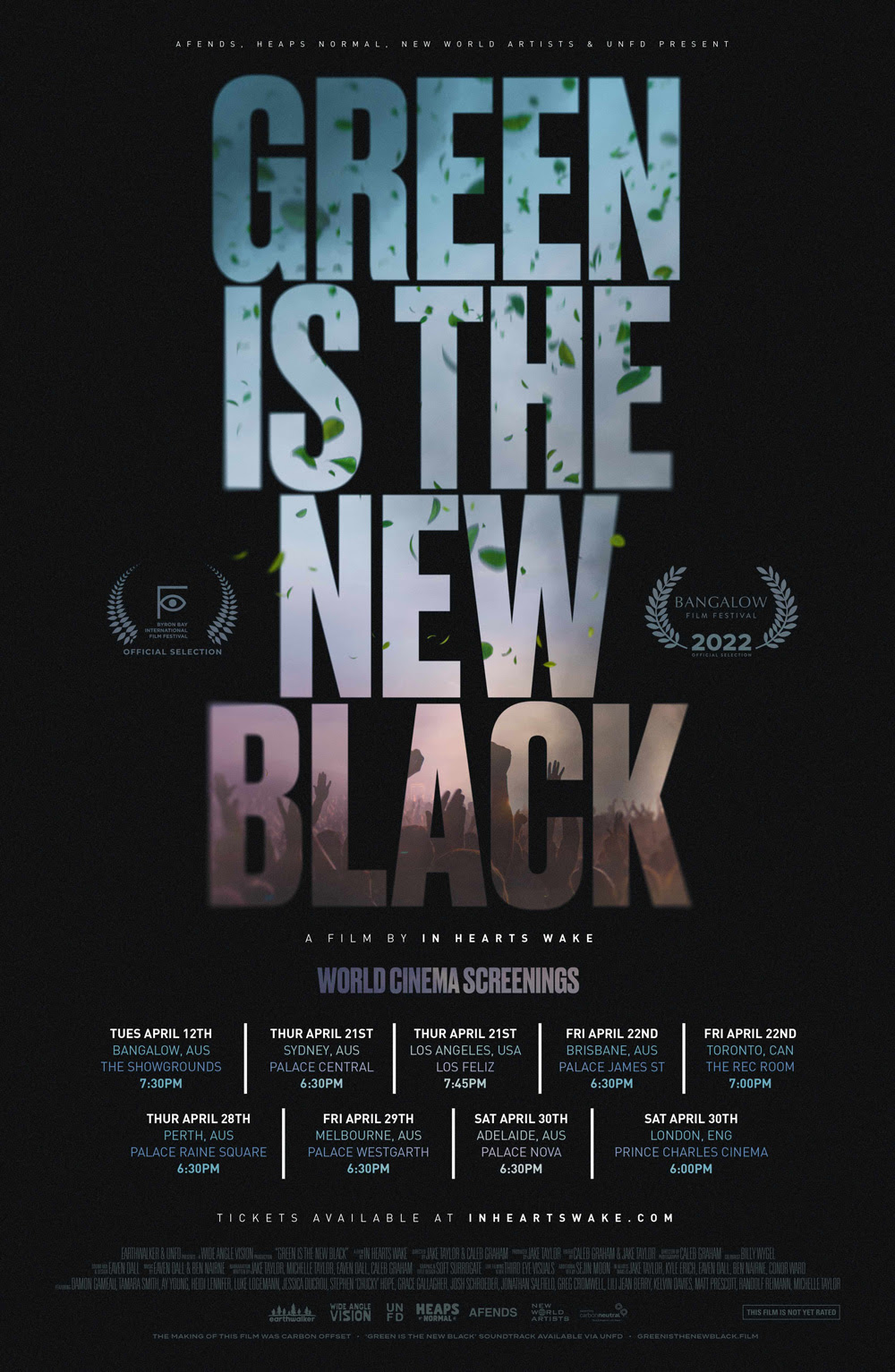 Earthwalker and UNFD present a film by In Hearts Wake
GREEN IS THE NEW BLACK
A Documentary About the Music Industry and the Environment
greenisthenewblack.film
Today, Australian heavy music act In Hearts Wake is releasing the official trailer for their feature length documentary GREEN IS THE NEW BLACK alongside the announcement of Australian and international screening dates across Earth Week 2022 this April.

Conceived during the catastrophic bush fires of early 2020, filmed during the global pandemic and released as unprecedented floods have devastated the East coast of Australia, Green Is The New Black holds a mirror up to the music industry and its relationship to the environment.

Green Is The New Black chronicles the making of In Hearts Wake’s 100% carbon offset 2020 album Kaliyuga and their journey to become a certified Carbon Neutral Organisation but it’s more than a film about one band and one album. As In Hearts Wake examine their processes and search for more environmentally sustainable options, inspiring new possibilities for an entire industry begin to emerge.

Green Is The New Black will screen at Bangalow Film Festival on April 12, with 100% of ticket sales to be donated to local charities directly assisting the Northern Rivers flood recovery.

Kicking off in Earth Week, Green Is The New Black will then screen at Palace Cinemas around Australia as well as special screenings in Los Angeles, Toronto and London.