As the anticipation arises and the count down begins, Australia’s Good Things Festival is thrilled to announce the addition of local support acts added to the incredibly huge line up, reveal the timetables for the event and the launch of the Good Things Festival app for you to start preparing your day.

Hailing from Melbourne, Stuck Out are the local support act for the Melbourne leg of the festival. After putting in the hard work over the past two years supporting bands such as Real Friends and The Getaway Plan, the five-piece have released their new EP, You Won’t Come Home and a clear vision for the future.

Sydney’s Good Things Festival will be joined by Redhook, the Screaming rap rock electro pop mutants from Sydney fighting against the forces of darkness inside our own heads & doing to genre barriers what Godzilla did to Tokyo. Their latest single, Turn Up The Stereotype has already received airplay on triple j & Unearthed.

Australia’s exciting pop punk group, Stateside will join the Brisbane line up. Over the past year the group have been supporting international acts such as Simple Plan, The Wonder Years, Knuckle Puck, As It Is and were one of the most talked about bands at Bigsound 2018. Their second EP, Naïve released in 2017 tackles topics such as toxic relationships and emotional turmoil.

It’s time to put you out of your misery and reveal the playing times for Melbourne, Sydney & Brisbane. All playing times are below and can be found on the Good Things Festival app which is now available to download on your mobile device. The features include playing times, maps, artist information, notifications and event planner. 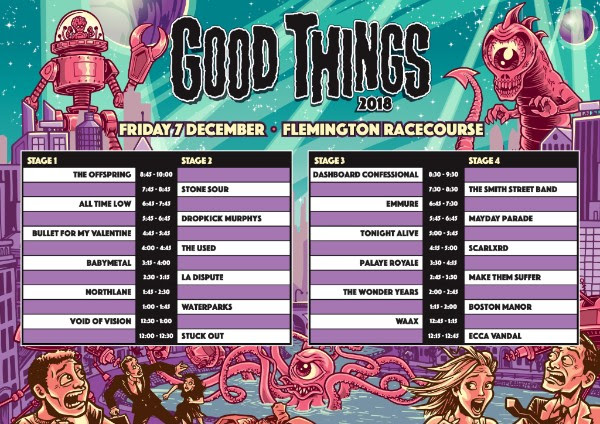 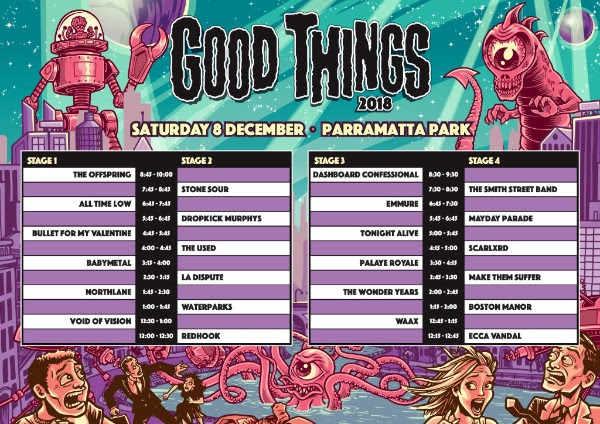 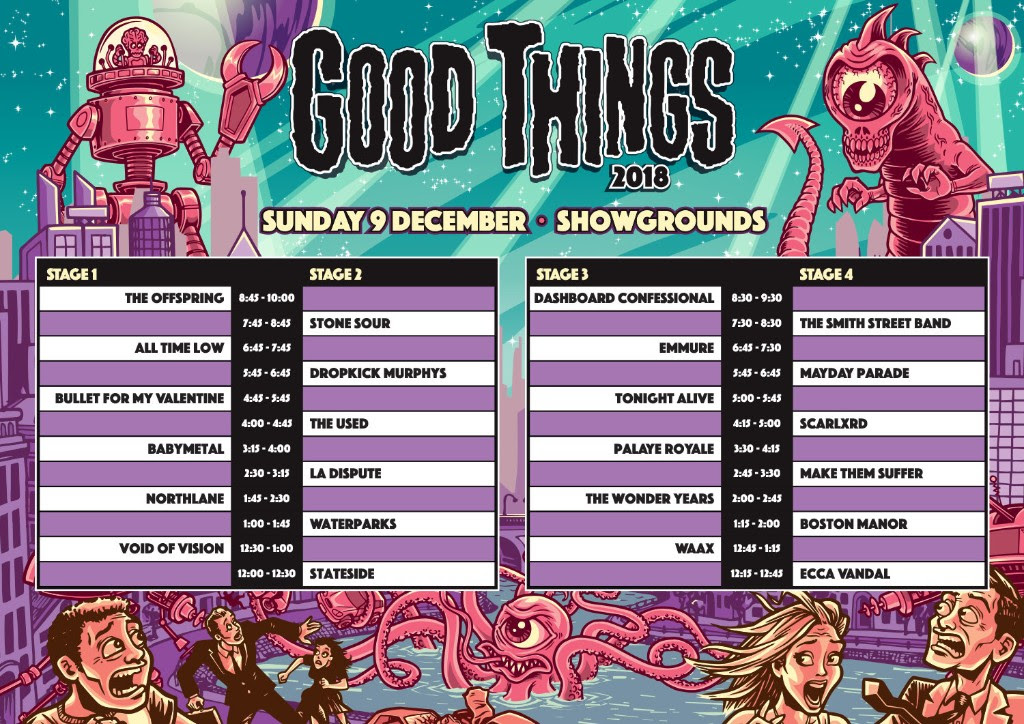 Tickets on sale now from www.oztix.com.au

Venues and lineup subject to change