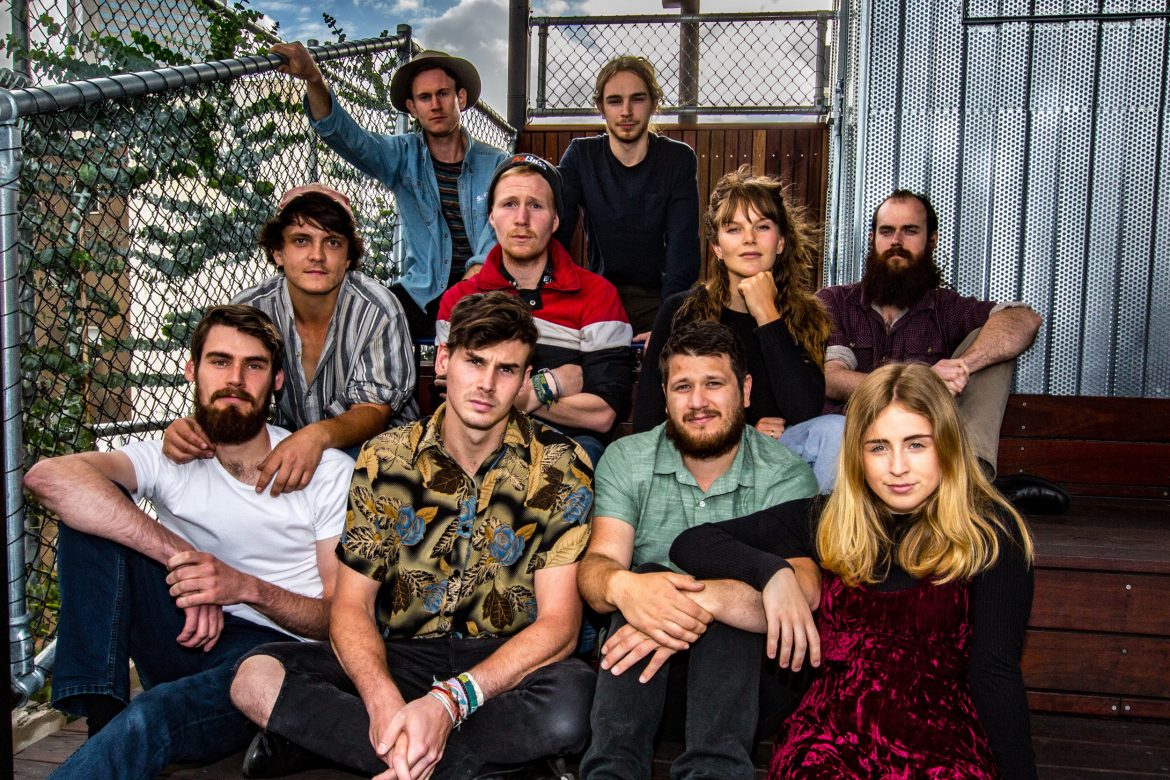 “The vocals shine on this track, perfectly accompanied by the impressive range of instrumentals, which highlight the brilliant songwriting.” – the AU review

“I’m into the duelling narratives on this track and the really lovely playing.” – Dave Ruby Howe, triple j

Melbourne collective, The Northern Folk recently released their captivating new single ‘Cold’ which saw them play to a packed room at their Northcote Social Club single launch last month. Blossoming from melodic calm to chaotic crescendos of clashing cymbals, sing-a-long choruses and playful horns, the powerful track is a grand, impressive and utterly refined taste of The Northern Folk’s forthcoming third album and one of their most soulful slices to date. Now, after an exclusive premiere by the AU review yesterday, the 10-piece folk, pop, rock group are excited to reveal the single’s striking new music video created by acclaimed Director/Producer Mark Day.

Winner of ‘Best Feature Film’ at the Reel Time International Online Film Festival for his 2018 film Age of Imitation, Mark Day and his crew have worked closely with the band to bring to life the concept they had envisioned for ‘Cold’. Starring Michael Nikou and award-winning actor Tanya Alers (‘Best Actress’ Age of Imitation) as well as The Northern Folk themselves, the video is an eerie and artistic representation of human consciousness.

“Cold is about the insecurities that tie us down for fear of the unknown, and the emotional distance they create. Shot in the sparse Riverina landscape, a couple find themselves confronted by the manifestations of their insecurities, and must make the choice to be led by them, or to reject them and take control of what they want to be.” – The Northern Folk

“Working with the band through their original concept, we were aiming to personify the distance created in a relationship when you’ve passed a point of no return. Whether you struggle with conscience, the masked figures who tell you to move forward, or succumb to the inevitability of change, you’ll find yourself at the same ending, alternately dumbfounded or at peace.” – Mark Day, Director

After playing around town to full rooms at The Evelyn, The Gasometer, and The Northcote Social Club, as well as supporting The East Pointers from Canada, The Northern Folk are excited to take on a run of festival performances this summer. Complete with bellowing horns, energetic stage presence and dynamic band camaraderie like no other, a Northern Folk live show is an all-encompassing affair. Having appeared on such festival lineups as St Kilda Festival, Woodford Folk Festival, Bello Winter Music, and the National Folk Festival in 2018, The Northern Folk are thrilled to keep the festive celebrations rolling into the New Year with their upcoming festival performances.

Don’t miss your chance to catch them at a town near you, and remember to pack your stomping boots!