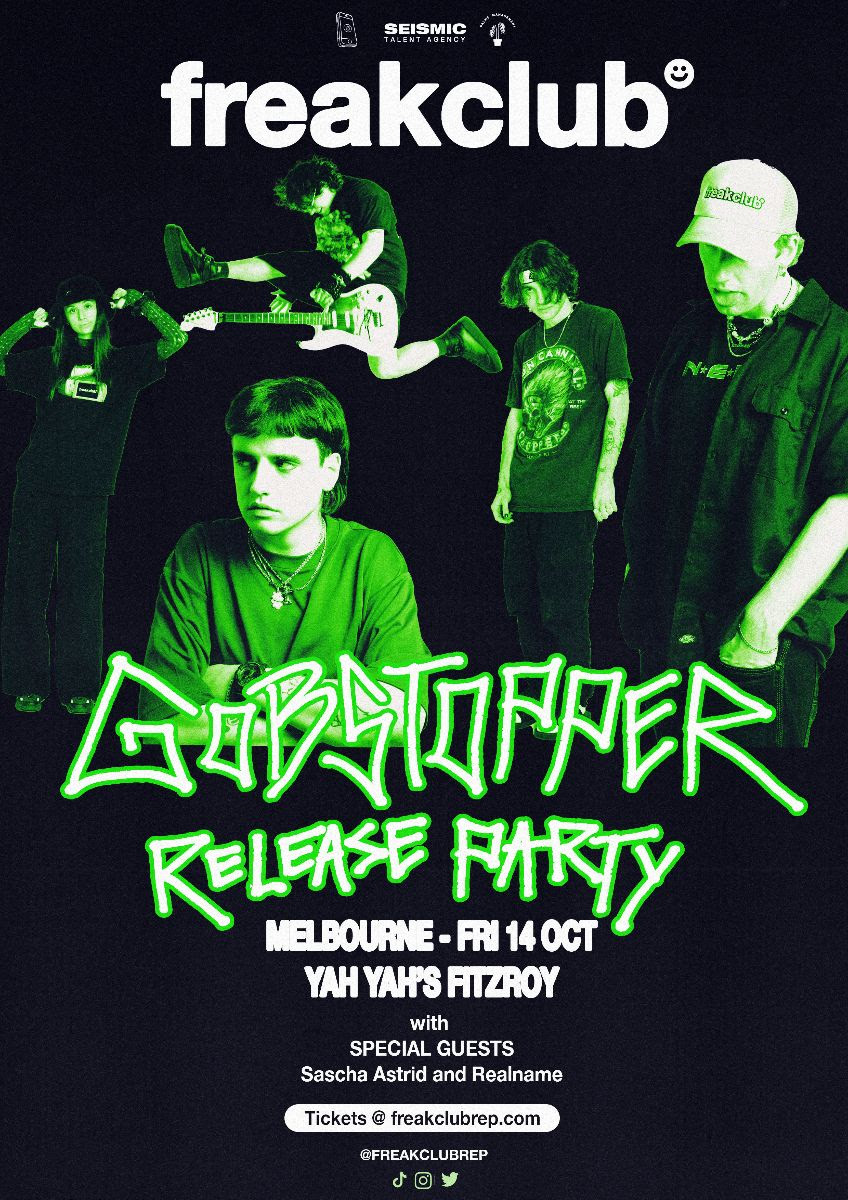 Of the new single FREAKCLUB states, “Gobstopper was one of those songs that we just had to make. We were fuelled by a lot of the hunger, angst and uncertainty that comes from trying to make it in music. It was those years of almost opportunities, broken promises and “We’ll keep an eye on what you’re doing”s that inspired us to make this song. There’s no hidden meaning or secret feeling, we really let this song speak for itself. From the grungy-punk inspired vocals to the screeching guitar solo, this song is very much just us being us, and hoping to inspire people to do the same.”

WATCH THE VIDEO FOR GOBSTOPPER

Gobstopper is the first piece of new music since’s the group’s debut EP Bambi Vol.I which received rave reviews from Pilerats who said “As a whole, Bambi. Vol. I does an incredible job in introducing what FREAKCLUB are all about, and we have no doubts that this is just the start” while NME Australia commented with  “Echoing similar groups like Odd Future and Brockhampton, the sextet strike with a radiant youthfulness and tight, collaborative musicality”

Named as ‘20 Artists to Watch 22′ by Pilerats, FREAKCLUB are writing songs showcasing their abilities well beyond the years the group has been together. Each new single the band releases represents a different side of FREAKCLUB while still maintaining their core sound, style and freedom of expression.

FREAKCLUB is an Australian alternative hip-hop collective based in Melbourne, Victoria. The group is made up of independent vocalists, producers, directors, photographers and designers whose authentic art and DIY approach have helped carve their own lane within the Australian creative community. Bursting onto the scene with their debut EP ‘Bambi, Vol. I’ FREAKCLUB has already established a dedicated following with their heartfelt lyrics, infectious melodies and genre bending sound, being described as confident and unpredictable. Accompanied by music videos, photography and fashion trademarked with a unique and in-your-face art style, the group is only just emerging worldwide.