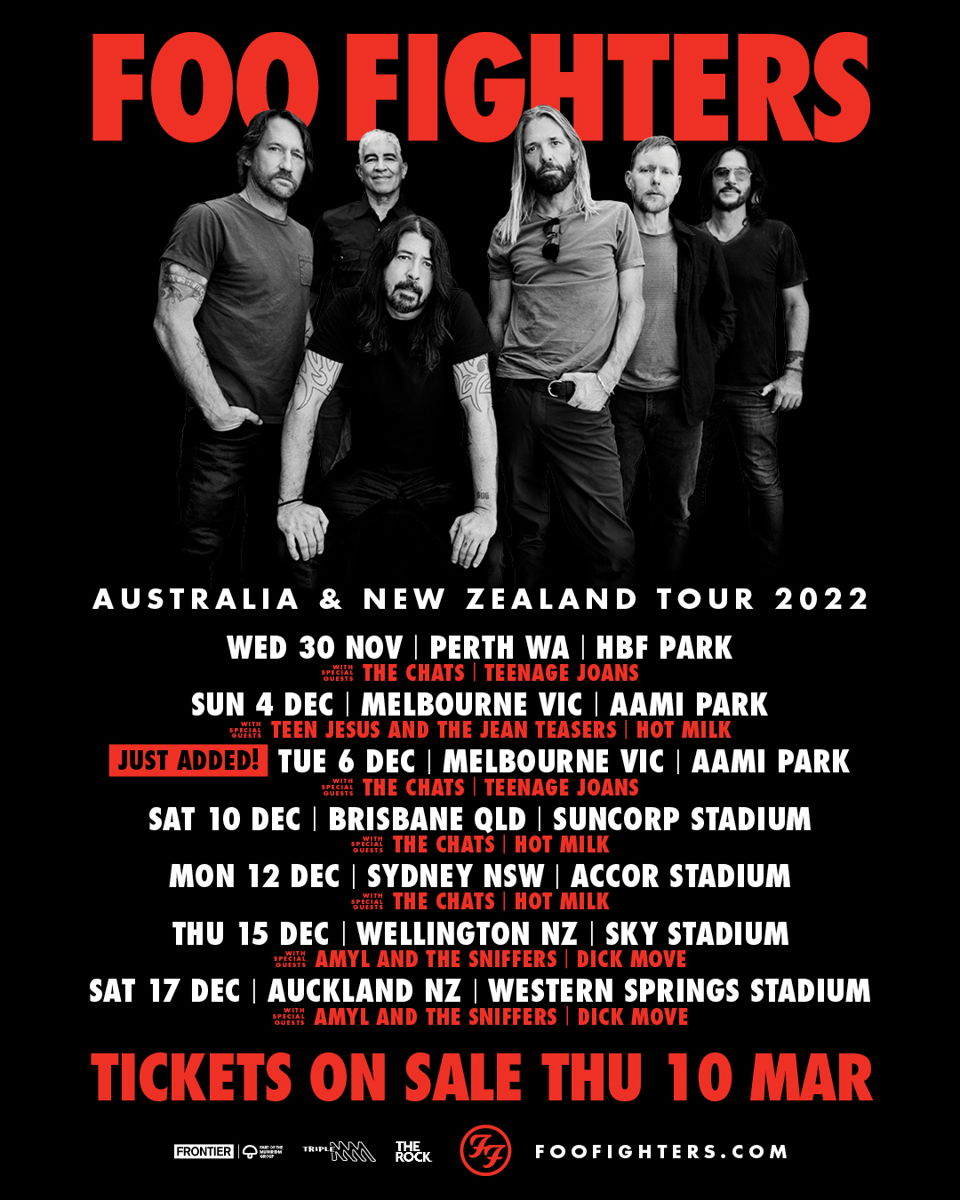 ‘As the lights dimmed and the crowd roared, the Foo Fighters appeared before us, feeling like a sight for sore eyes in the wake of empty stages and cancelled tours. Frontman Dave Grohl walked around the stage, simply staring back at the crowd as we all wordlessly exchanged the sentiment that it had been far too long for such an event’ – Rolling Stone AU

Following incredible demand during pre-sale, a second and final Foo Fighters concert at AAMI Park has been added for Tuesday 6 December 2022.

Tickets for the original AAMI Park date on December 4 and the new show on December 6 will be available from 2pm local time this Thursday 10 March.

Pre-sale tickets for the original Melbourne date were exhausted in less than an hour, confirming once again Australia’s unadulterated love of Foo Fighters.

Just last Friday, Foo Fighters performed to an adoring crowd of 30,000 in Geelong, VIC as part of ALWAYS LIVE, with reviews unanimously declaring the show a triumph.

‘…it’s hard not to feel like we’ve just witnessed an historical event.  Mother Nature may have brought the rain but the Foos came in even harder with their thunder.’ – NME

‘…a drought of stadium gigs was broken in the most emphatic fashion by Grohl and his band Foo Fighters, who turned in a superlative performance that will set the bar high for all other international acts to follow.’  – The Australian

Special guests for the December 6 show will be The Chats and Teenage Joans.

Sunshine Coast (QLD) ‘Smoko’ trio The Chats (Melbourne, Perth, Sydney + Brisbane) are one of Australia’s most exciting – and most fun – punk rock bands, with their notorious single going viral immediately upon release. They’ve toured with heavyweights Queens Of The Stone Age and Cosmic Psychos, selling out shows in AU, New Zealand, England, Scotland, and Europe.

These will be the biggest rock shows of 2022. Act quickly to secure your tickets… dates will sell out, don’t miss out!

Tickets to all cities will go on sale Thursday 10 March via frontiertouring.com/foofighters (times staggered; see website for more info).