THIS STAGE, THAT STAGE and mystical pop-up third stage, THE OTHER, are stacked with energy fueled artists and set times curated to guarantee a raving party and 100% good time. On track for another sell-out year, ALL THAT VIP tickets are now sold out with 95% of GA tickets also snapped up.

From gates at 1.30pm to the climax at 10pm, it’s all killer, no filler. Two fierce new faces kick off THIS STAGE and THAT STAGE in 2018. Heating up proceedings on THIS STAGE is powerful pop voice Samsaruh while THAT STAGE gets into the drops early with Godlands. The Wickham Park sunset is serenaded by nine time ARIA nominated Amy Shark and a who’s who of Australian ‘it’ artists follow onTHIS STAGE – SAFIA and The Rubens bring it home before headliner RL GRIME hits the decks. Over on THAT STAGE under the marquee, it’s always pumping. Herobust, Manu Crooks, LUUDE and The Kite String Tangle keep things electric before Broods bust out iconic hits like ‘Peach’ and ‘Bridges’ for a pop-filled finish.

Meandering wanderers who’ve had enough of the main event on THIS STAGE and THAT STAGE will find surprises galore at THE OTHER featuring some of the best DJs from across the state including Sports, Purple Sneakers DJs and Jesse Porches.  Known for it’s expressive quirks and live art, THE OTHER is not just a third stage with world-class DJs but a wonderland where festival friendships are formed and music lovers are adorned.

Feeling peckish? THIS THAT’s froth and fodder is second to none – it’s as carefully curated as the music lineup itself. THIS THAT reps almost every global cuisine with an array of Sydney’s finest pop-up street food and restaurants. Plus, there’s craft beer concoctions, eloquent cocktails and a variety of fine spirits on offer.

VIP tickets are SOLD OUT with 95% of General Admission also sold already and expected to sell out. Eager punters are encouraged to move quick if they want a piece of the action. 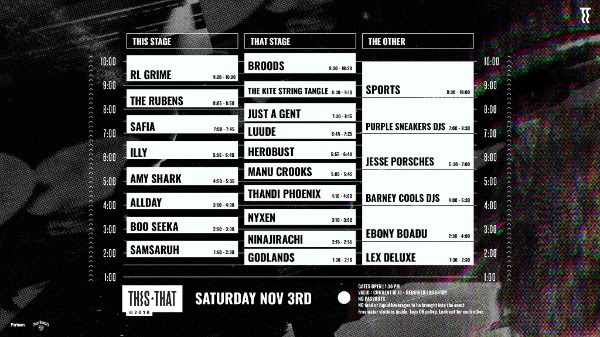 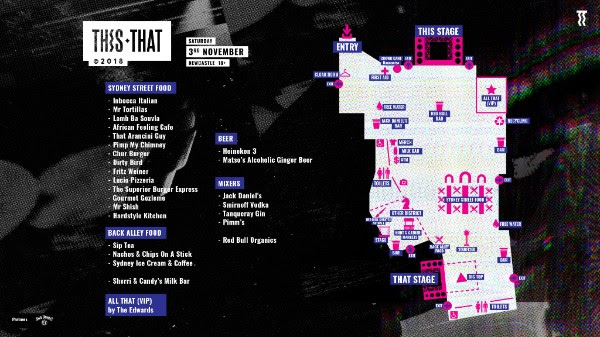