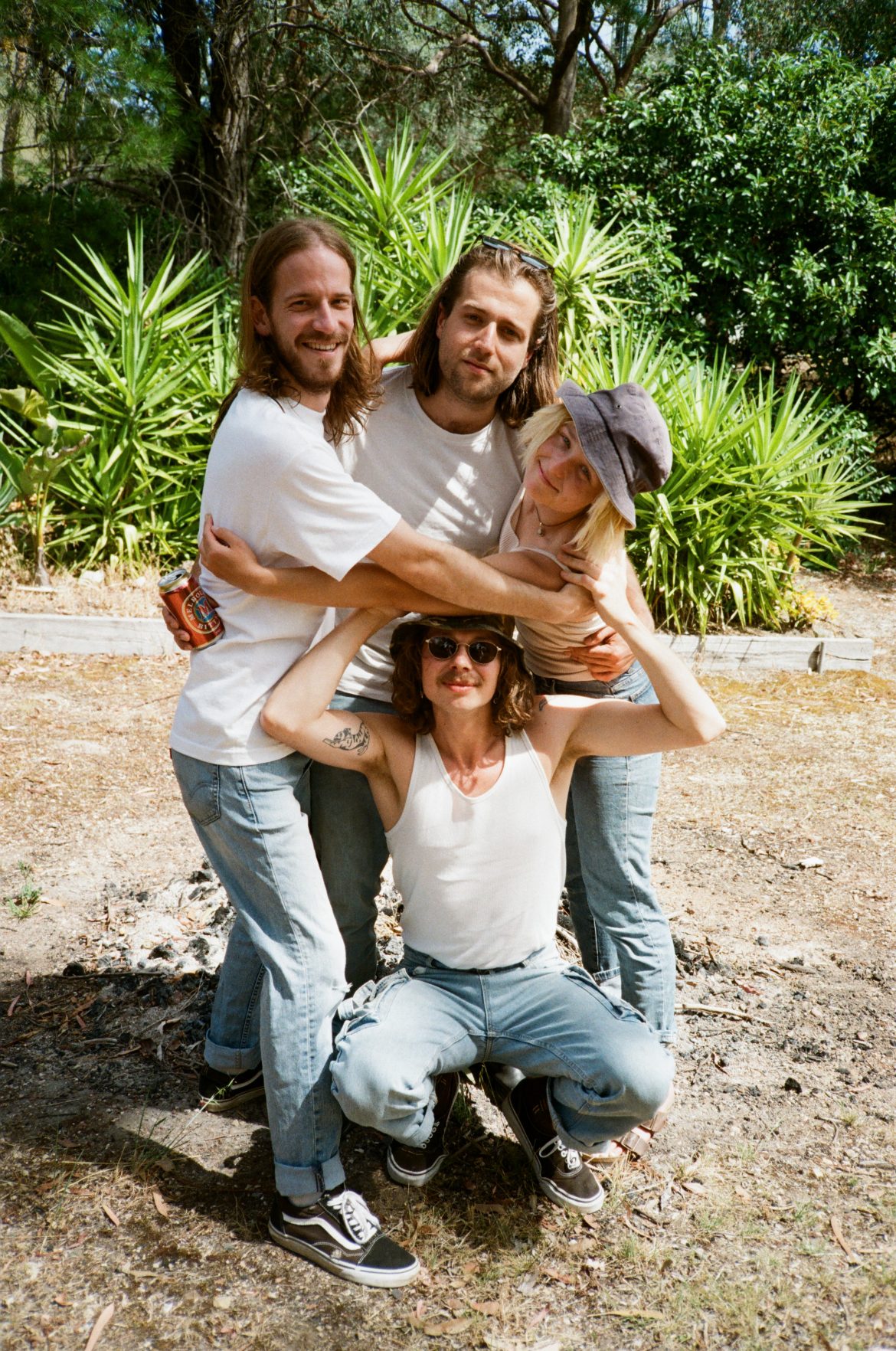 Prolific and peculiar genre-benders Easy Browns have released their fourth and final studio album Commercial Fluff + Unbelievable Dust, their most addictive release to date, featuring 10 tracks of colourful upbeat hits, ranging from 60’s garage-pop soaked Bubbles and Gasoline Age to the crunchy punk and psych of Adept Adapter and Biscuit Pleasantries. Easy Browns’ askew blend of influences have come to life in this fantastically intoxicating new record, alluring production excites a sense of nostalgia while their animated pop sensibilities and dynamic tracks beg for another listen. Easy Browns will be touring Commercial Fluff + Unbelievable Dust through late March and early April with shows throughout VIC and TAS, with their final show at Northcote Social Club on Thurs 14th April.
Tracklisting guide:
In Easy Browns’ world of crafty storytelling, the analogy of Commercial Fluff represents humans’ perilous addiction to unfettered consumption and how art has somehow been reduced to the smear that is ‘content’. So Easy Browns have decided to one-up the husk that is radio pop and make the catchiest record of 2022. Unbelievable Dust follows suit; radically shifting global weather patterns and the degradation of land and soil erosion proliferated by the former, our commercial fluff.
Yet all hope is not lost, there is so much brilliance that we carry within each of us to share with the world, unrestrained spontaneity and opportunity for pure and silly art and meaningful interaction that transcends the superficial and consumptive. That is what Commercial Fluff + Unbelievable Dust is, pop-soaked catchy-ass defiance.
ABOUT EASY BROWNS

Having released four energetic and high-quality albums in the last 5 years, the tenacity itself of Easy Browns is something to behold. Always self-managed and wrapped to play shows anywhere from Old Bar in Naarm/Melnbourne to Falls Festival Marion Bay and Gizzfest, Easy Browns have honed their skills since 2016, culminating in one of the tightest live sets on offer. The formidable 4-piece have pushed the boundaries of rock music and carved their own path, with band leader Zak Brown at the center of it all, hosting festivals, organizing tours and managing the band and creating a record label Critter Records to help friends get their music out there. Easy Browns are happy to ‘call it a days work’ with one last tour including dates in VIC and TAS and culminating at Northcote Social Club on Thursday 14th April, which will be their final ever show.

COURTNEY BARNETT Announces Here And There A touring festival