DIVINYLS join LIVE AT THE FORESHORE 2019 line up 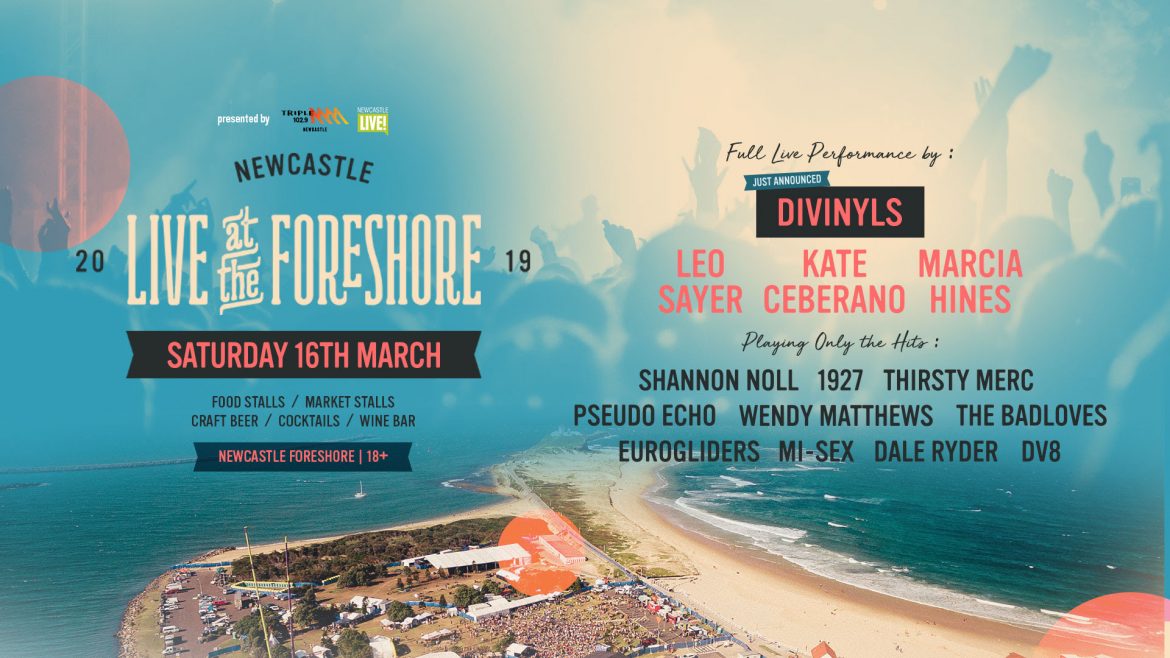 Divinyls, the pioneering Australian rock group that defined a generation today join the star-studded Live at the Foreshore line up on Saturday 16 March.

Lead by founding Divinyls member, guitarist and co-writer Mark McEntee, the band bring their brand new live show to Newcastle this March – all honouring the legacy and to celebrate the indelible music created with the late, great Chrissy Amphlett. The empowerment inspired by Amphlett was unstoppable and though she tragically passed away in 2013, she remains a feminine icon for then and now.

Assembling a talented band to bring the classics to life once again, LA-based singer/songwriter LaurenRuth Ward steps into the sizeable shoes of the group’s famed frontwoman. She’s joined by originalBlondie and Divinyls guitarist (1987-88) Frank Infante and a cracking new Australian rhythm section to bring those hit tunes to the Live at The Foreshore stage. This never-before-seen Divinyls line up will perform a full set of hits right beside the beach including classics like ‘I Touch Myself’, ‘Boys In Town’ and ‘Pleasure And Pain’.

Divinyls complete this ultimate Saturday night line up which already includes disco legends Leo Sayerand Marcia Hines plus angelic Kate Ceberano and true blue Shannon Noll. They’re joined by icons TheBadloves, 1927, Thirsty Merc, Pseudo Echo, Wendy Matthews, Eurogliders and much, much more! With just over three months until showtime, festival goers can look forward to singing along to all the hits and deep cuts they know and love.

Live at the Foreshore is anything but basic when it comes to atmosphere, with incredible gourmet eats from the State’s best vendors and food trucks. Sip on an impressive selection of craft beer plus the finest boutique wines and signature cocktails as the sun sets beside the sea. It’s the perfect place to chill on a camping chair or spread out on a picnic rug as one huge stage plays host to hit after hit-maker and surprise guests.

Who will jump back up for Live at The Foreshore’s legendary all-star encore? Who will be the surprise guests? There’s only one way to find out. See you at the Foreshore.