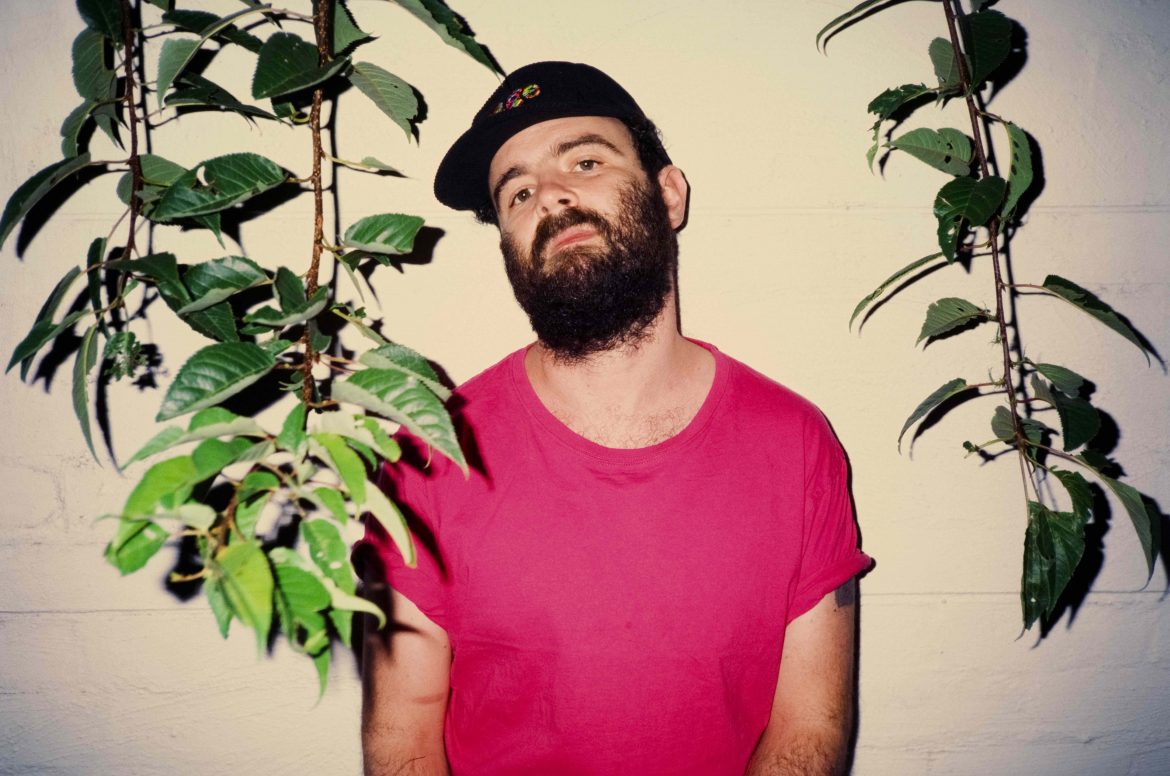 Melbourne songwriter and musician Dinosaur Beard (aka Adam Finnegan) releases today his latest alternative-rock tune ‘Translucent Skin’ and unveils details about his debut EP coming out in October. On this latest track, Dinosaur Beard proves again he is no average musician using brooding melodies and poetic lyrics to comment on the slow demise in modern society of old power structures during the past few tumultuous years.

“Translucent Skin’ was the first song I wrote out of the batch of songs that made it onto the EP.  I wanted to make a bold statement for the first single. Something dark, esoteric and a little different for me. Taking some cues from bands like The Cure, Interpol and The Smiths. I wanted something that  encompassed the entire tone of the EP while still being a unique composition in its own right.” Dinosaur Beard

‘Translucent Skin’ was written in the last Melbourne lockdown along with the three other tracks from his debut EP.  It was the first track that he “got really lost in and spent a lot of time with. Demoing it at home before taking it to my collaborator ‘El Paul Michel’ in his home studio in Pascoe Vale where we really fleshed out the song with additional bass and synths. Using reverse guitar parts, off kilter bass loops and a myriad of other experimentation to create something truly unique and nuanced.”

The self directed music video for ‘Translucent Skin’ mirrors the song’s narrative, visually capturing the feeling of transformation. It was filmed predominantly in the beautiful Yarra Valley just outside of Melbourne in Redwoods Forest. Dinosaur Beard also enlisted his friends to make his living room into a makeshift forest with branches and fabric inducing an arresting visual treat!

“I began shooting the clip a few months ago. Really yearning that connection to nature I had dearly missed in lockdown, I ventured out to the Redwoods forest in Warburton. I spent the whole day filming just using my Iphone.  I wanted to visually capture the feeling of transformation and alchemy that the forest can provide. Those kinda pagan rituals that have been performed throughout time. Turning lead into gold as represented by the golden triangle and the three women as representations of the divine femine energy rising upon the planet.” Dinosaur Beard

Dinosaur Beard reunited with long term collaborator and engineer Aaron Dobos (Ceres/Alex Lahey/Avalanches) in recording his debut EP ‘A Mountain of Cotton Gold’ at Sing Sing recording studios in Melbourne. The 4-track concept EP attempts to excavate where the world is headed post the pandemic and how things have changed, but with a strong message of hope and resilience. He says “each song is represented by a different ‘Tarot’ card illustrated by Barcelonian artist Ksenia Vinogradenko.

“It’s my statement of intention coming out of the last few years trying to be a more positive force as an artist and person. Seeing the old power structures slowly begin to crumble and the chaos that is ensuing it’s my way of trying to make sense of it all.  A love letter to my friends and the collective as a whole. This is my most ambitious undertaking as an artist.”

In support of the new single ‘Translucent Skin’ , Dinosaur Beard will be playing at Brunswick Artist Bar, Melbourne with supports from Jordan Clay Band and Isabelle Skye on

“‘Dialect Drum’ delicately teeters between dark and light textures, visually, sonically and thematically; Dinosaur Beard expressing the fear and the triumph that is vulnerability.”

“The hazy and melodic track highlights Finnegan’s captivating off-kilter style as it ebbs and flows with various notches of intensity.”

“Expansive and warm and it makes you never want to leave.”

EP: A Mountain Of Cotton Gold is out on Friday, October 14