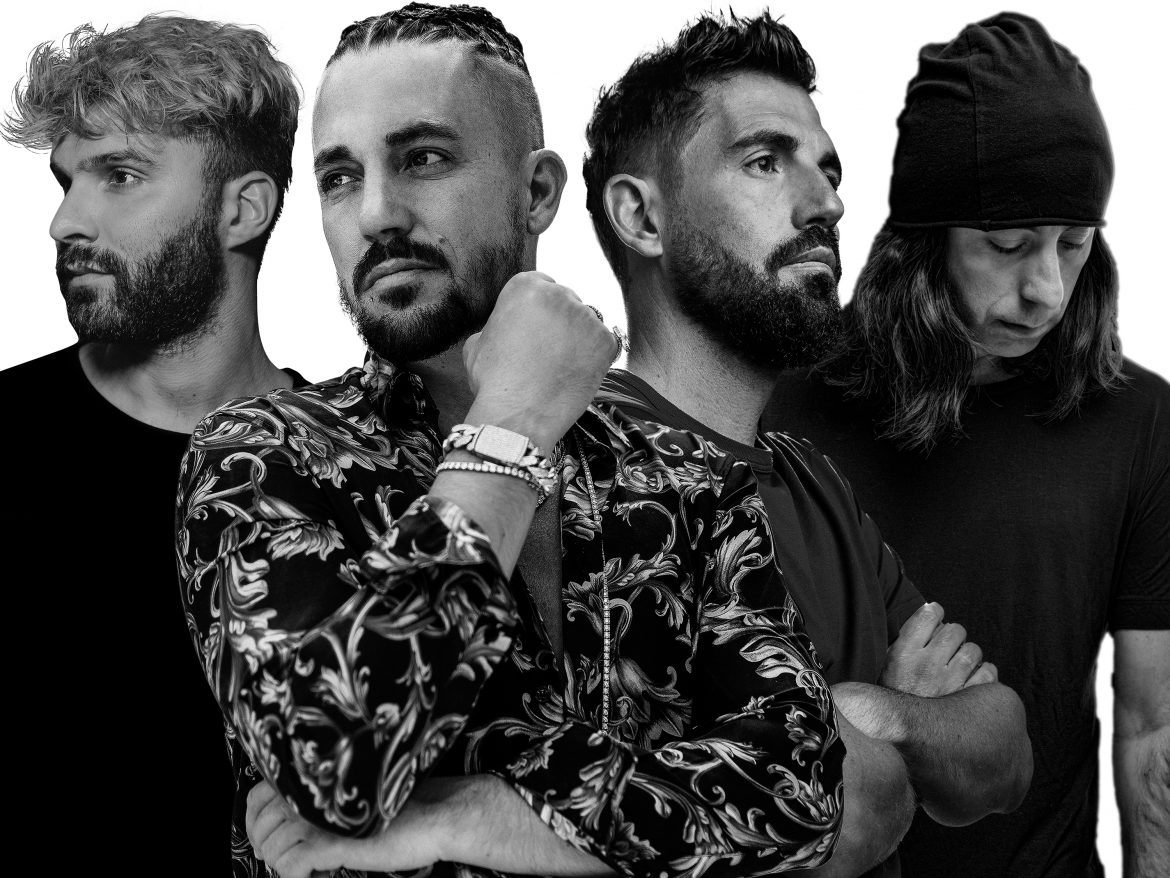 Belgian superstar DJ/Producers Dimitri Vegas & Like Mike have teamed up with trailblazer R3HAB and Italian pioneering electronic artist Prezioso to release their new single ‘Shooting Darts.’ An original release lined with the production virtues Dimitri Vegas & Like Mike’s music has become renowned for, tied in with the inimitable style R3HAB has elevated in recent years and Prezioso’s unique flair with his music. A power chord record with a profound expressive energy, ‘Shooting Darts’blends pop music with contemporary electronic music. The track glides across an emotional musical spectrum thanks to an elastic bassline and arresting female topline vocal. The monolithic brotherly duo Dimitri Vegas & Like Mike and ambassadors of the worldwide phenomenon Tomorrowland have taken the world by storm over the past decade. From becoming the first-ever duo to win the World #1 DJ’s crown at the prestigious Top 100 DJs Poll in 2015, the twosome continued to stand firm and managed to stay in the top two for seven years, even claiming the World No.1 crown for a second time (in 2019). Clocking up more than 30 million fans on social media, combined with billions of music streams and video views of their live performances and music. The duo continues to climb global charts and work with everyone from Diplo and David Guetta to Paris Hilton and Natti Natasha to Hans Zimmer and Wiz Khalifa.

Dutch/Moroccan Multi-Platinum DJ and producer Fadil El Ghoul, better known as R3HAB , has been trailblazing his way through dance music for the past decade. From his breakthrough remixes for Rihanna, Drake, Taylor Swift, Calvin Harris, to anthems such as Platinum-certified ‘All Around The World (La La La)’ and ‘Lullaby,’ to his collaborations with the likes of Ava Max, Luis Fonsi, Sean Paul, and more, R3HAB has proven to be one of the most forward-thinking artists in the game. His work has collected over 5 billion streams to date, including 1.1B in 2021 alone. R3HAB founded his label CYB3RPVNK in 2016, which has passed 4B streams across platforms since its inception. He is Spotify’s Most Discovered Artist, one of Spotify’s top 200 most streamed artists, ranked #12 on the prestigious Top 100 DJs Poll, and has earned 55 Gold and Platinum certificates. In addition, R3HAB has embarked on multiple sold-out worldwide tours, performing at the world’s top festivals, such as EDC, Ultra Music Festival, Balaton Sound, Coachella, Summer, Sonic Festival and Tomorrowland.

Italian DJ/producer Prezioso, real name Giorgio Prezioso, is a talented turntablist and winner of numerous DJ competitions. Since the 90s, Prezioso has been making waves in the industry both home and abroad at the forefront of dance music. Most known for his multi-awarded single ‘Thunder’, which has more than 250 million streams combined, Prezioso has also released influential singles such as ‘Tell Me Why,’ ‘Let Me Stay’ and ‘The Riddle.’