Still on a high from his album debuting #1 in Australia followed by holding Top 3 chart this week, Dean has also announced the support acts for his national album tour. Joining the rising global artist for the entire tour in May will be Winterbourne and Eliott.

Currently on tour with Matt Corby, Melbourne-based singer-songwriter Eliott has been winning fans around the globe with her emotive honest songwriting. Her 2018 debut EP Bold Enough spawned radio singles ‘Over & Over’ and ‘Calling’ while the six track EP received glowing reviews from Clash Music, Indie Shuffle and triple j fans. Renowned for her striking vocals, her new single ‘Shaking My Hips’ was officially added to triple j.

Sydney based Winterbourne, who kicked off their The Much Better Tour in Fremantle last week, are no stranger to playing to full rooms. Having sold out their Fremantle, Melbourne and Sydney headline shows, Winterbourne have quickly amassed a loyal following since first discovered busking in Sydney. Touring consistently around the country and overseas, their music has now been streamed over 12.6 million times. With a debut album penciled for 2019, the duo, with their band, will be playing new material including singles ‘Better’ and ‘Take The Golden’.

Dean Lewis’ will be kicking off his ‘A Place We Knew’ Album Tour in Sydney on May 6th with ticket details below. 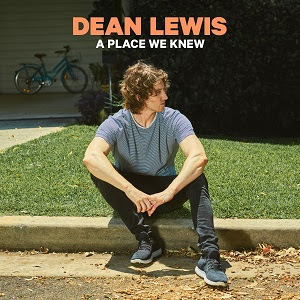 JOSH WINK TO HOST 25 YEARS OF OVUM MOVEMENT AFTER PARTY – Taking place on the 26th May, Josh invites Ambivalent and Manik