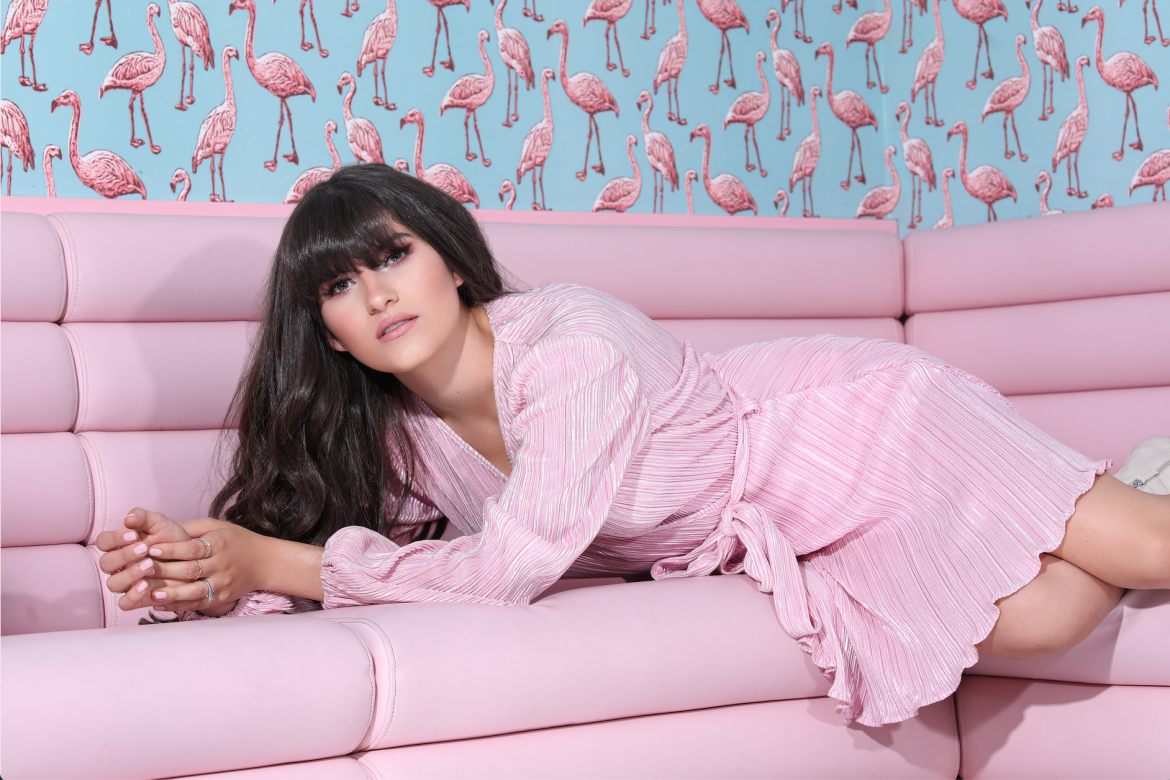 I am in Pitt Meadows! It’s a little farming community about an hour outside Vancouver.

I grew up loving to sing and perform in church choirs or piano recitals. I remember auditioning for a kids TV show once when I was 14 and being like “yeah, this is great. I think I could be good at this.” I just started writing, singing and playing shows in high school for fun and never really stopped. You get better with time. New opportunities are always coming up. I love telling my stories and connecting with people on such a personal level.

Recently, it’s been pretty busy and pretty awesome. I just released my new single “Take Me Back” and then the music video to follow. The music video was probably my favourite thing that I have gotten to do to date. Such a great crew and they really helped bring my vision to life. It’s just such a fun and happy video and projects what I’m all about.

Your latest single ‘Take Me Back’ is out now, what influenced the sound and songwriting?

It was when I was scrolling through Instagram one day and I was seeing all these posts captioned “Take Me Back.” The photo would be of them at the beach years back, or before they had kids or back when they were skinny (joke). That became the inspiration when writing the song.

How did this single come about?

I had played it lots at shows and online and it just became something that everyone would comment on as one of their favourite songs that I played. Since I loved it too it seemed obvious that I should record it and release it as the next single!

I went to Calgary to record this one with Spencer Cheyne and Justin Kudding. I remember my first night there I was settling into my hotel in the city and I felt so homesick. The next day I was scheduled to start recording. On my drive to the studio I thought my GPS was broken because it was taking me down all these deserted gravel roads. I usually just show up wherever the producer tells me to go so I didn’t actually know what OCL Studios was going to look like. It ended up being in the middle of farm land and it felt so much like home. The rest of the week was amazing and the producers really brought the song to life.

Right now…. I’m still listening to Evermore and Folklore by Taylor Swift!!! I know they’re technically kinda old, but these days I’m at home a lot more. It’s such a nice album to listen to while I bake in the kitchen or do other mundane tasks around the house.

I’m usually down for just about anything. I love home reno projects, dinner with my husband, walks with the dogs, bingeing trashy TV with my best friend. Game nights are my favourite – tbh we played Settlers of Catan at my stagette (wild night).

2022 is already flying by! My first EP is going to be released this spring which will be so cool to have a physical copy of something that I’ve created to share! I’ll also get to play a few shows around the nation and hopefully just have an all around rockin’ year!

I LOVE almost all food. Steak, fries, veggies & dip… But I think my favourite would have to be a McDonalds double cheeseburger with extra pickles or those crappy Little Debbie’s Swiss Rolls. I’m a big homebody so I love being at my house. I also love summers at the family farm playing with my dogs in the field.