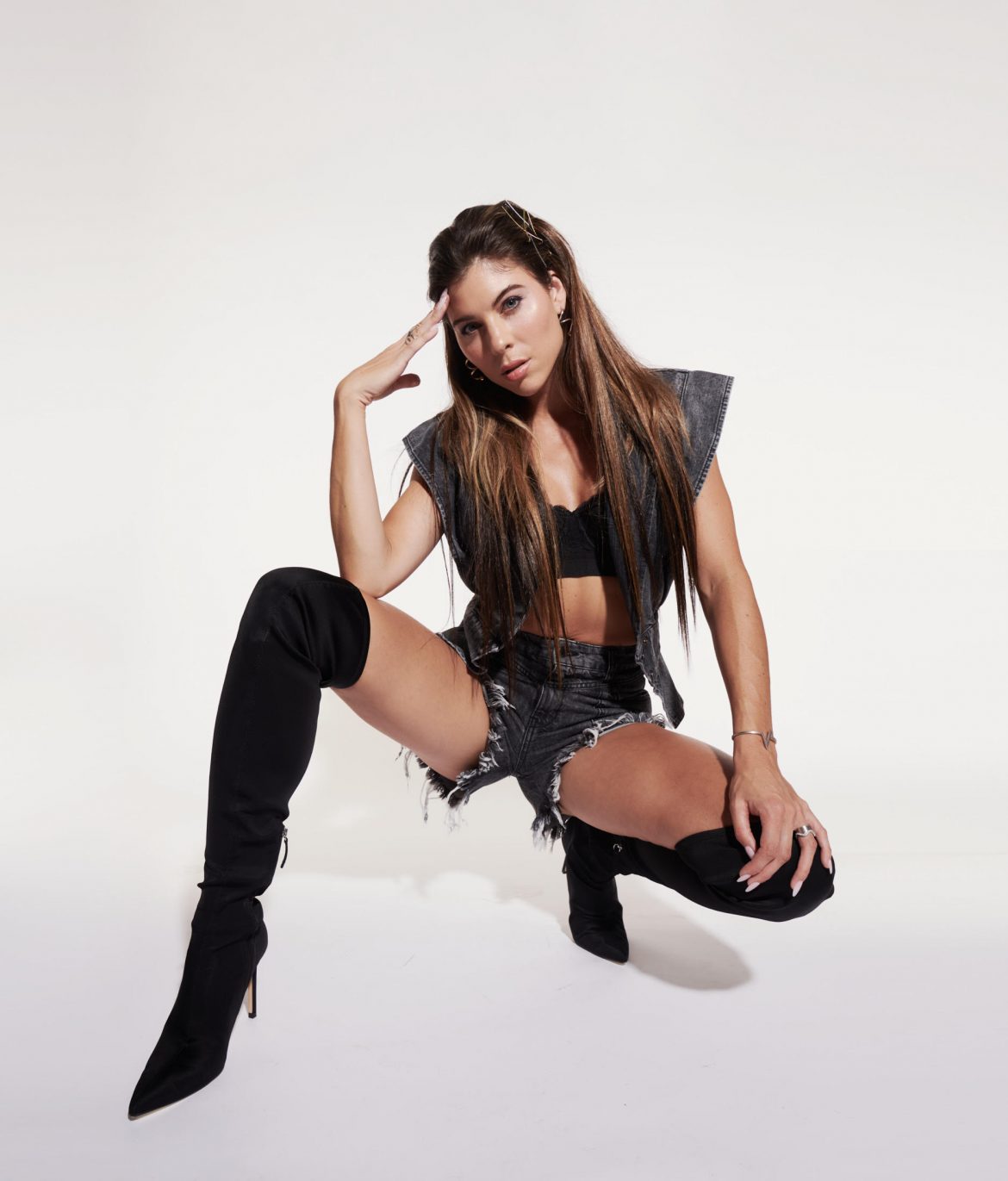 I am currently based in Toronto, ON.

I was influenced by my family, my father is a musician, however I really started playing with my brother Andre Doucette.

Well I’m still coming down from the high of performing for North Bay Pride, It was an electric evening.

Your new EP ‘Run With Me’ will be out on January 14th, what influenced the sound and songwriting?

Honestly each song has its own unique vibe. I wanted this EP to just have freedom of expression, and allow each song to be its own mood. I was influenced by things going on in the world that I think about, experiences in my life I was sorting through. The usual songwriter things lol!

This first collection has been written and rewritten. Some songs are 6 years in the making, I wrote “Making Moves” two weeks before we had to solidify the line-up.

Where and when did you record/produce/master the EP and who with?

Each song at a time. Then I listened for months, and if I wanted to change anything, I did.

I love listening to a wide arrangement of songs. I love good house music like Elderbrook and Rufus Du Sol. Also Robyn and throwback R&B from the early 2000’s.

Put my earbuds in and run!

Well this release is top priority and at the moment I’m organizing the music video for the title track, “Run With Me”.

A big salad and a cabin in the woods.

What Does Your Favorite Type Of Music Say About You? Find Out Here

Gabry Ponte, R3HAB and Timmy Trumpet Team Up for the Cover of Blondie & Giorgio Moroder’s Iconic Song of the 80s in a Dance Key