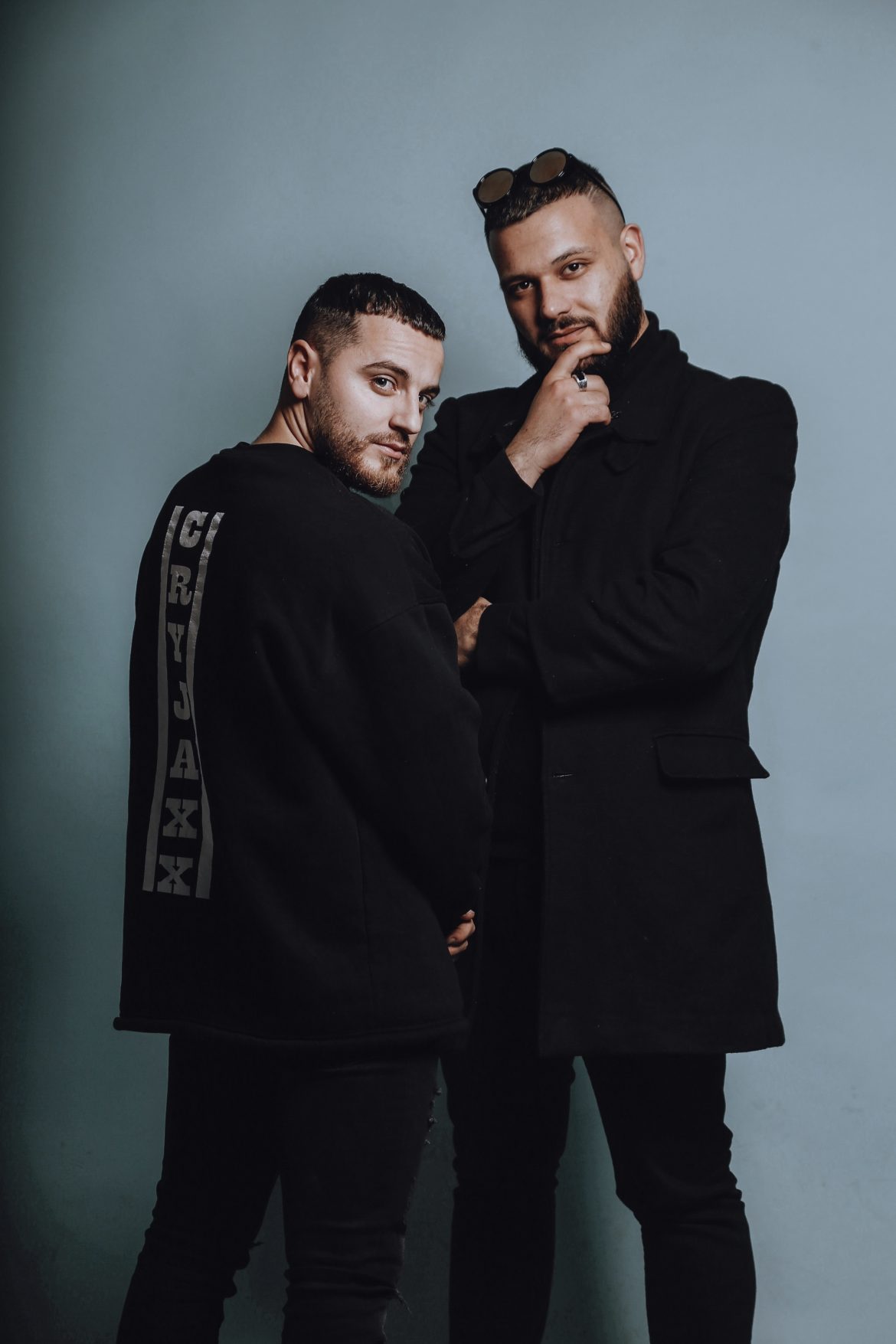 How did you first start making music?

CryJaxx: “We started to make music together in 2012 under a different alias. That year the EDM scene was going crazy. We were listening to a lot of music and got intrigued on how we can make electronic music ourselves. Watched a lot of videos and tutorials online and finally felt ready to download the software and start taking this to the next level.

In the first few years we were mostly focused on practicing and learning about music production and discovering what we can do best. In late 2015 we re-branded under CryJaxx and started releasing a lot of music, different genres and lots of exploring. 2019 was a good year for us because after our release of “Who Would’ve Thought” on Tribal Trap, we started DJ-ing in festivals and had a big tour. We both started young and making music was a very intriguing way for us to express our thoughts and feelings.”

CryJaxx: “Recently a lot has been happening! Our track “Candy Shop” went viral. The track was everywhere: Instagram, TikTok, Facebook and a lot of radio stations. That track was, and still is, a big success we achieved. Also, we played at Pop Art Festival in Tirana and it was insane! We produced the soundtrack to a fashion TV show here in Albania and also been spending a lot of time in the studio working on a lot of new music and some big collaborations. Recently we’ve been working very closely with the label Tribal Trap on releasing our music and have a lot of plans for the future with them. In June we are playing again in Tirana at Colourday Festival and looking forward to that. We are so humbled by all the support we’ve received.”

You’ve recently covered legendary Hip-Hop classic, “In Da Club” by 50 Cent, how did you come to choose this track and who did you work with?

CryJaxx: “Ah yes, “In Da Club” is, with no doubt, a legendary track that we always loved to listen and party with. The track was blowing up everywhere when we were little kids and basically it was stuck in our heads for years. Last year we released a cover of “Candy Shop” and right away were thinking to do the same for “In Da Club”, we knew this one had to be the next single to get a reboot from us.

But at first, we wanted to see how people enjoyed this new version of another legendary song and everyone loved it! So, we immediately started working on it with our good friends, Noise Affairs. For the vocals, we had to get Junior Charles (who did the vocals for “Candy Shop” too), and shaped it into what it is today. It’s been a long process finishing this track because we wanted to be the best it could, but at the end it was a fun process and we are all very happy with what we have today: a legendary classic with a modern twist.”

What new music do you have on the way?

CryJaxx: “We do have a ton of new music on the way. A track every 3 weeks to be exact, and all these tracks will be released by Tribal Trap. After “In Da Club”, the next single to be released is “Lollipop” – a cover of Lil Wayne. This cover has that CryJaxx modern twist, but not so similar to our last covers. This one is a bit different, a bit softer and gives you the feeling of intimacy. You all can listen to “Lollipop” on May 13th.”

CryJaxx: “At the moment we are listening to many different sounds. Would say we both listening to David Guetta a lot, to Tiesto, Diplo, The Kid Laroi, Jack Harlow, Ava Max and a ton of old school music. We also like classical music.”

CryJaxx: “Away from music we like to do a lot of things to keep our body and mind healthy. We both go the gym and train, sometimes we play soccer with our friends and other times we just like to hangout to catch up with friends and family. We like to spend quality time with our families with that little free time we have. Also, our studies play a role in what we do away from music but still, we love to have music everywhere.”

CryJaxx: “For the upcoming months of 2022 we’ve planned a lot of music to be released. Currently working on few festivals and shows for the summer and yeah, we are filming some music videos too. 2022 has a lot of work for us to do, but we are definitely ready to get into that.”

Favourite food and place to hang-out?

CryJaxx: “Food..hmm…we love all kinds of food but lately been eating a lot of Asian food. Favourite place to hangout is the studio haha. Besides that, we love nature and there is a lake near Tirana where we go to chill out when we have some free time.”