“… resonant of the 1990s, it’s grunge in the best possible way”
– FORTE Magazine

“The band deliver a crunchy granola-bomb of heavy alterna-rock inflected goodness, without sacrificing the ability to hit you between the eyes with a killer chorus”
– Blank GC

Making a name for themselves thanks to their recent forcible single ‘TV Housemates’ and their addition to the Best Night Ever festival alongside Dune Rats, DZ Deathrays and more, Crum are keeping this fiery momentum up with the release of their debut EP, the gritty and unapologetic Waster.

Formed in a garage amidst the bustling punk rock community of the Gold Coast, this band of brothers have been steadily gaining traction since their early days performing at house parties. Influenced by the likes of Nirvana, Violent Soho and Silverchair, Waster is a fierce combination of punk rock, alternative rock and grunge elements, which nods to these 90s and 00s heros alongside Crum’s own contemporary twist. “We wrote the E.P together in the early stages of being a band. The whole experience was a huge step in the right direction for us so we’re super stoked to finally get this out” Crum reflects.

The six track EP is packed with an array of dark and scowling anthems, opening with the high octane singles ‘TV Housemates’ and ‘Temporary’. Contrasted by slower tempo tracks ‘Alone Again’ and ‘In The Middle’, the trio display profound diversity without compromising for lighter and poppier sounds. Arguably the heaviest release of the EP, it’s impossible to listen to ‘Suffocate’ and not visualise the sweaty mosh pit crashing together and chanting this rampant grunge heavy cataclysm. Closing with the vicious head banger ‘Starving Me’, Waster leaves fans longing for the chance to see the goldie group’s energetic live performances.

Recently supporting genre pioneers and buzz bands like Gyroscope, British India, Clowns and WAAX, it’s no wonder Crum have been handpicked to support The Superjesus and added to the Gold Coast’s Best Night Ever, alongside Dune Rats, DZ Deathrays and Gooch Palms among others. Interstate fans need not worry either as they can expect to see the lads journey south in the coming month. 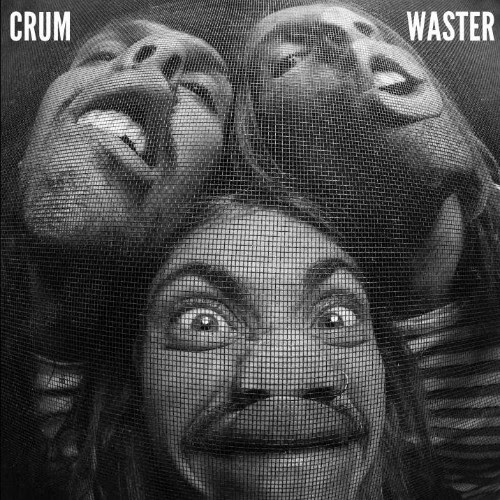 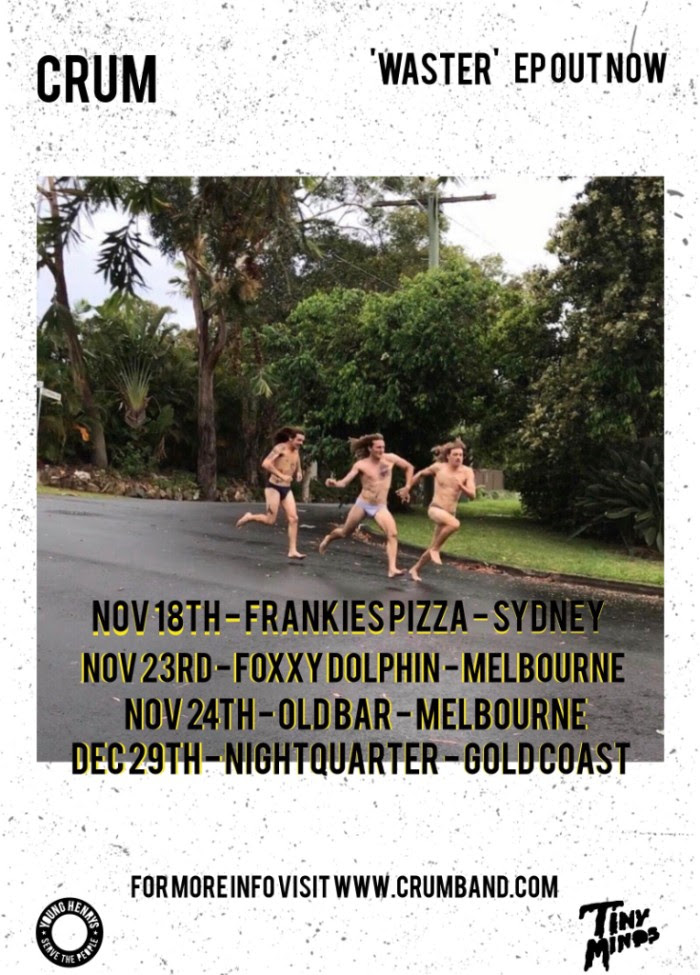