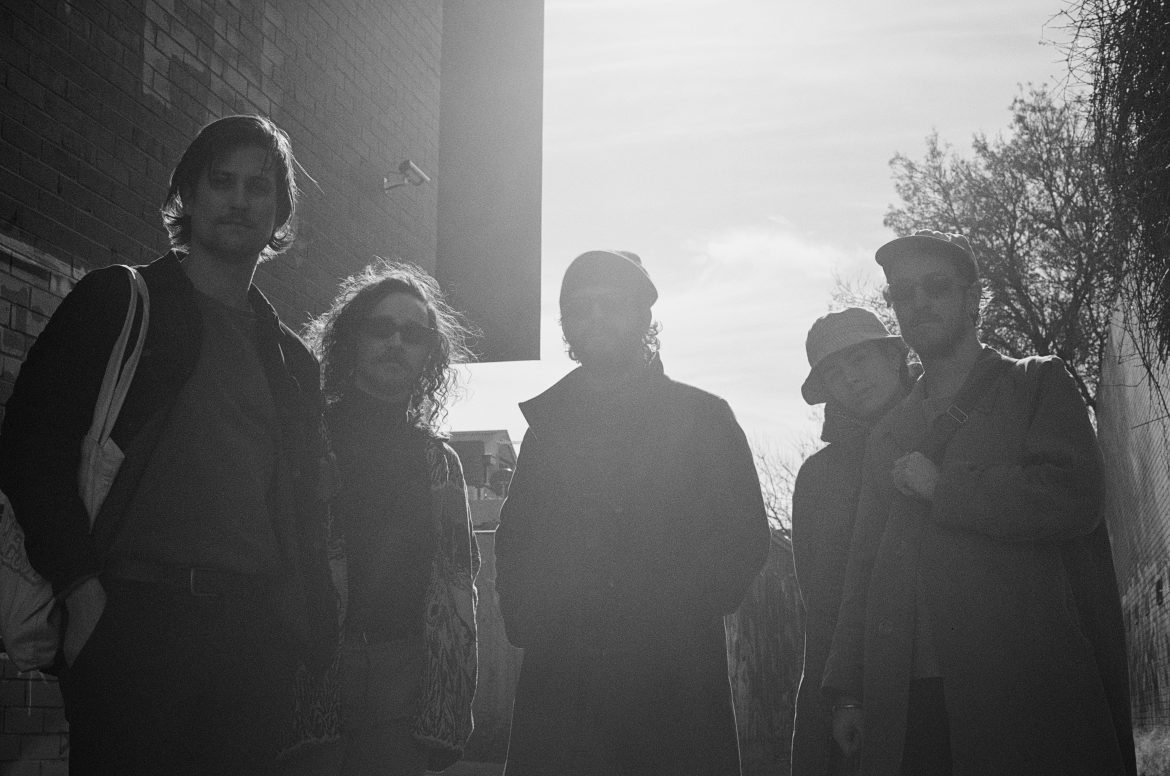 Living in Thornbury, Melbourne. Teaching creative writing in Primary Schools all over town.

Your latest single ‘Red Dirt Angel’ is out now, what influenced the sound and songwriting?

Sonically, much of it came from this world of Australiana bush electronica. I think of Tornado Wallace’s Voices and Hunters & Collectors When The River Runs Dry when I consider the song.

How did you go about writing Red Dirt Angel?

This doesn’t happen often, but it stemmed directly from a dream I was repeatedly having. I was following some faceless person leading me endlessly through the Australian outback and I woke up with the phrase “red dirt angel” on the tip of my tongue. I also like to riddle our music with references to the TV show Round The Twist – Red Dirt Angel includes this line about the Gum Leaf War, an episode set in the bush. These disparate puzzle pieces snapped into place and the song was done in a day or two.

In line with this whole Australiana bush theme, we booked Echidna Studios out in Christmas Hills, deep in the bushy hills outside of Melbourne to explore the songwriting, producing it all myself with our live sound engineer Guy Faletolou behind the desk. To polish the songs off in a more realised studio aesthetic, we went to Stephen Charles at The Aviary in Melbourne to approach it through a fresh lens. Our previous albums were produced by sonic wizard Matthew Neighbour who mixed the majority of these songs from LA, and mixed them well.

Please tell us about your new album that’s being released on August 26:

Our previous album New Romancer was a deeply personal collection of songs that were written and recorded in a deeply insular way. A couple of years later, despite the ever-present pandemic, I found myself in a place of spiritual peacefulness. I wanted to write songs from this place. No matter what the subject matter is, Smiles of Earth asks the question of how we can view or experience it from a place of gratitude. How do we celebrate this experience rather than lament it?

You have a massive Tour coming up, where are you headed?

All over the east coast of Australia with a smattering of festivals to bookend the tour.

Any shows that you are particularly keen to play and why?

Brisbane’s a really bright beacon right now. My family’s from there originally. We’ve always been shown so much love up there and it’s been so, so long since we played there.

What can we expect from your live show?

Inclusivity and a lot of love. We’re all such tight-knit friends and it’s often said how much this shows while we play. I like to think that permeates the audience’s experience in such a way that we all feel like friends.

Vulture Prince by Arooj Aftab has been my album of the year. Pakistani born, raised in Saudi Arabia, lives in Brooklyn. The album reflects that. So worldly and so other-worldly at the same time. Beautiful.

Dragon New Warm Mountain I Believe In You by Big Thief is a smasher. So many songs and all them so profoundly good. I also have a soft spot in my heart for a long-ass title.

I teach story and creative writing to children/ teenagers which keeps me reading a lot. I spend so much time in fantasy and sci-fi worlds. That kind of world building just blows my mind every day. Spending a lot of time in the garden these days. Bit of carpentry to keep the dirt beneath my fingernails. Gonzo (band-mate Francesca Gonzales) and I spend a fair whack of time at the nail salon which undoes the aforementioned nail-dirt.

It’s obviously been an insular couple of years so the plan is just to get out there. Tour Australia, tour America, tour the UK. Tour anywhere that’ll have us, basically. I’d love to make another album next year but we owe the ether many shows before that happens.

Picante Cafe in North Fitzroy, Melbourne. It’s totally unassuming and I love it for that. I’ve been going there religiously for 10 years. It’s where I return to when my creative page is blank. I like the simpler places, unadorned places. I love sitting at shitty airport cafes for that reason. Something about places that aren’t really trying to be anything else allows for my creativity to flourish. Real world places.