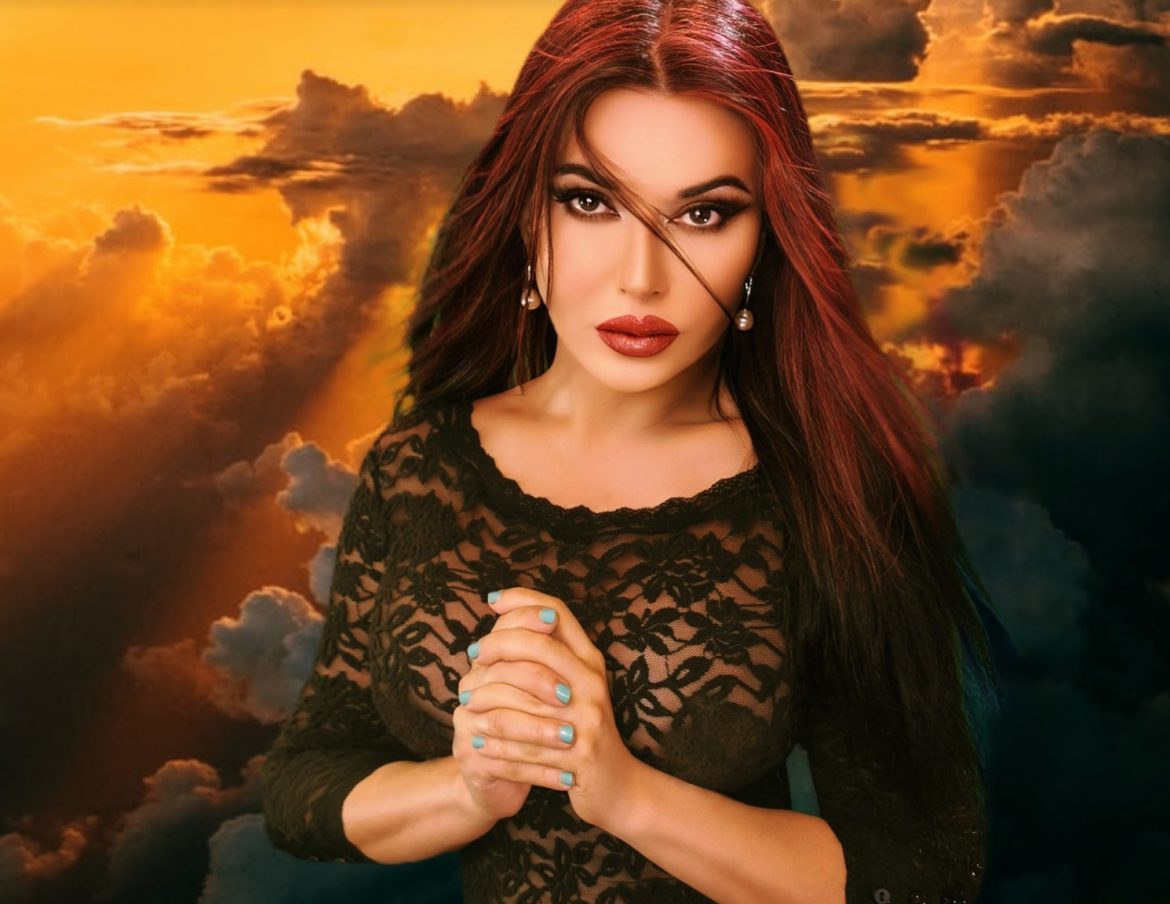 Where are you currently based?
I am Based in Melbourne Australia for the last 20 years.
How did you first start playing music?
I started at a very young age, and I was playing the piano and singing. Back then I was singing in my mother tongue as well as dancing. As a child, I was the Diva in my school, then my mum as well as mostly everyone realized I got talent. They advised my mum to take me to a private singing teacher. My mum and dad were into opera. It was decided for me to learn to sing opera. I was trained as an opera singer from the age 9 as part of a choir and then the private singing lessons with different singing teachers.
What’s been happening recently?
I have my TV show “Ma Cherie” on Roku TV that is now reaching so many countries, at the same time you can get it on Amazon fire TV. I do put all my songs and music on my TV show, and I use this show as a vehicle to get my music and music videos to the USA and the world.
As I have been releasing songs in the music world, including my music fans and lovers, I am getting to people’s houses, living rooms and even bedrooms with my TV show to promote my music and my music videos.

I signed a contract to get the show on streaming network called gethappyiTV in California back in January 2022 so my music will take wings from there streaming platform.

By using many different streaming platforms all around the world, I managed to get approached by a fantastic music manager, personal manager and agent in West Hollywood & UK.

I have good numbers of new songs ready to be released in the pipeline and it has been a crazy amount of work putting these together during the lockdown and now it’s time to flourish. One after one each song keeps opening more and more opportunities for my music, TV and even in films. So, I need to take it all in and keep myself grounded. Take it step by step.

Your latest single ‘Daddy’ is out now, what influenced the sound and songwriting?

This is one of the hardest songs I ever written because it is so personal, and it touches such a painful part in my heart. I lost my Dad back in 2005 and I refused to accept his death in my mind for 5 years until I had to visit home and when I walked in to the house, I was thinking in my mind that I will see him sitting on his chair like the day I left home.

However, he was not there. It was like a shock which I refused to believe, then my brother took me to his grave, where the song inspiration came to me.

It took a long time to get it out as I did not have the strength to face the demons inside of me. The feeling of regret for not being able to connect with him.

My mum and sister told me that he kept calling my name when he was on the death bed, and he wanted to see me. I feel so bad that I never went back to say goodbye. To say I love you dad. A word I was never able to say to him when he was alive.

Where and when did you record/produce/master and who did you work with?
I recorded the final version earlier this year (2022) and I worked with 2 producers, first was Peter Bee and then I took it to Melodic music to work with Sam the owner. I felt I needed it to be a big and rich song. I know deep Inside me that it will be a gift to my dad and melodic did the mastering for the USA market.
How did you approach the recording process?
After I have written the song, I worked on the demo with good friend of mine his name was Dean Holtmann. Together, we created the Demo. Dean from NYC and he knew great number of people in the music business, names like David Bowie and Freddie Mercury. He asked me what music I loved and I told him Guns & Roses, Queen and that was the start. We spent nights and days in the studio just trying different thing and I kept adding to it. It was like making the perfect recipe. After the demo was done, everything was easy to explain to Peter Bee when we worked together.

I felt there was something missing, I was trained in classical music so my ears and the way I feel about the music and sound had to be satisfied, so I asked if I could take it to Sam from Melodic. After I talked to him, Sam said to me “You are such a big personality with a big voice you need music as big as your voice and your music presence”. He worked on the orchestra side. And that’s it, that was the part that was missing, when he sent me the final, I had a vision in my mind which was like I was watching a movie. I was seeing myself walking to my dad presence to get on my knees and present him with my apology and give him the song with my tears covering my face.

Who are you listening to at the moment?
In my car and my phone I’m listening to “the show must go on” by Queen but I go through all the 50’s, 60’s, 70’s, & 80’s great rock songs that were created to learn and to inspire me to great music! Music that is bigger than life and lasts forever after I have gone.
What’s planned for the remainder of 2022 going into 2023?
I just got approved with an O1 visa to move to the USA “West Hollywood”.  I have been waiting to have my meeting with the US embassy and then it will be the big move to an ocean of music, film, contacts, and some of the greatest names in the arts to work with.

There are so many promises, hopes, dreams, and plans with a music manager like the one I signed with and his contact, plus his PR team in USA / UK and a great publisher.

The TV networks is promising to help me to take my TV show to the international level on bigger networks, which means my music is going to reach a much bigger audience, as my show is a vehicle to take my music to people homes on the silver screen in their private living rooms.

Any upcoming shows?
Normal singers do shows in pubs or clubs, therefore, if there are big ones that can perform in stadiums for over 50k, I’ll be there!

I produce a TV show every week, that plays 3 night a week, 2 in Melbourne Australia on C31 Friday at 11:30pm, Monday at 11pm and in Adelaide on Wednesday nights at 11:30pm, plus I placed the show on Roku TV and Amazon Fire TV. You can stream any on these networks any place around the world.

Each episode getting over 50k view so I guess I do have upcoming shows every week that you can see me and listen to my music and watch my music videos. On top of that you can get the chance to get to know me as an artist and as human being as a person on a very personal level,

I can tell you about the stories behind the songs and the ups & down behind the music and the music videos. You can tape it or watch it over and over on my YouTube channel “Cherie Laurent” or my website www.macherietv.com

Not so many singers have this opportunity to reach their audience as I do. With 140k followers now I am working on Spotify followers as I did not know how to play Spotify. Now I am working with some of the biggest music PR in LA and they promise a lot. So I will need to wait and see. The Australian PR is doing very well. As you may know the US and the UK market is much bigger and that is what I am dreaming of now.

So to respond to your question more clearly, there are no live shows yet because I am building my fan base using TV all around the world and one day the live shows will come, but when I am ready and know that I will have a full house of fans that love my music and what I do.

Favorite food and place to hangout?
My favorite food are vegetarian dishes and especially Thai food and Japanese seafood, But the problem is I am always on a diet and very strict about what to put in my mouth to keep my body looking the way it does.  It is a full time commitment and it is a full time job (24/7).

As for hangouts, I normally go for power walks, maybe movies or art galleries. I do visit NGV a lot. Most of the time I am working writing new songs. I like to learn as much as I can about every great song being written and at the same time, I do write scripts for TV, films, musicals and most of the time looking and studying new subjects to present to people. I guess that is my hangout. Very boring to others, I am sure.

Thank you for your time and for all these great questions. Thank you for taking the time to read all my responses.

Love reading your interview Cherie. You are captivating!