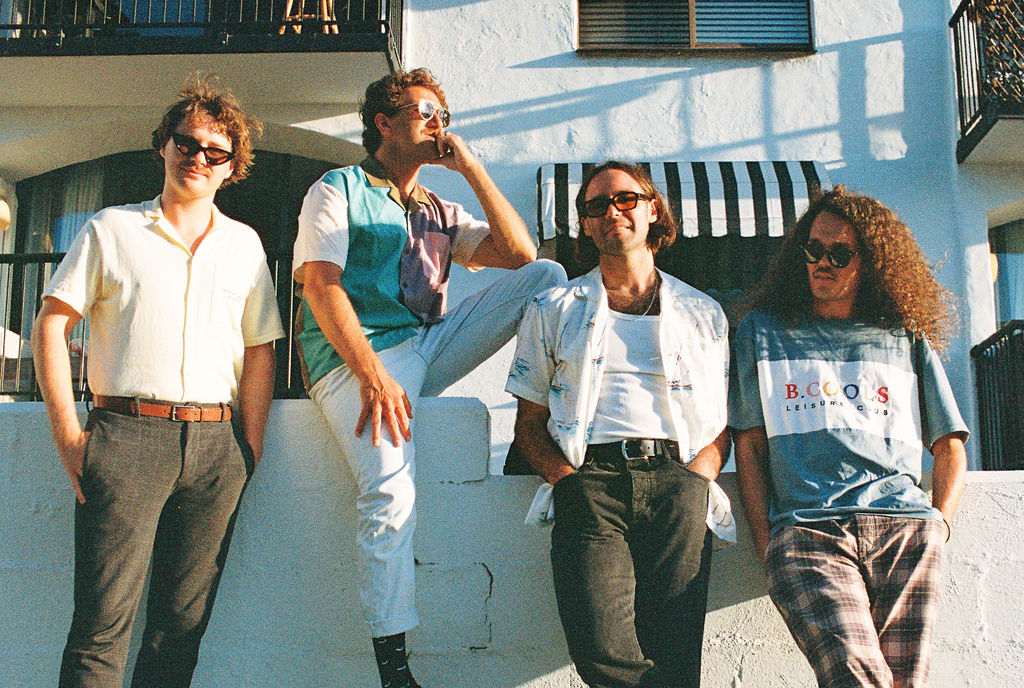 Fresh from their tour dates in WA, QLD and an explosive performance at this year’s Byron Bay Blues Festival, Sydney/Byron Bay collective CARAVÃNA SUN are thrilled to announce they will be headlining their own curated all-ages Summer Escape Festival on Saturday, September 3. They’ve also added a Melbourne show at Howler on Saturday, September 10 before rounding off their tour in Sydney at The Factory Theatre on August 27.

CARAVÃNA SUN will be playing tracks from their newly released 10 track album ‘Burning Palms’, which was written and recorded all within the past 2 years; it’s an album that sees the band return to their roots and find appreciation in nature as it was recorded in a secluded space deep in the heart of the Blue Mountains, NSW. Produced by CARAVÃNA SUN, and mixed by Andy Lawson (Death By Denim, Eskimo Jo, End of Fashion, Little Birdy) at Debaser Studio, Perth with additional mixing and engineered by Ian Pritchett.

CARAVÃNA SUN have always been known for the raw energy of their live shows. From the huge crowd singalongs to the quiet, soulful heart moments, and sun-drenched reggae to sweeping synth indie groove, they always keep their focus on the connection to their audience.

“Our faith in live music and artists drove us to putting on Summer Escape Fest. Over the past 2 years, we felt the magnitude of what people being together, singing and dancing really means to us. We knew we had to create something aside from our band that would represent and authentically serve the communities that have truly been the lifeblood of Caravãna Sun for over 10 years. We’ve put together our favourite bands on one stage to truly celebrate live music to an all ages crowd. Summer Escape fest truly embodies that inspiring awe that leaves all music loving Australians proud to come together and celebrate, with some big euphoric sing-alongs and infectious dance moves.”

Since 2011 up until early 2020, CARAVÃNA SUN have toured Europe playing over 300 shows/festivals/open airs in Europe/UK. Highlights include Boardmasters (UK), Headlining Madness (NL), Summer in the city (Germany), Boomtown (UK), Reggae Sun Ska (France) to name a few. They have toured with iconic artists Madness, UB40, The Cat Empire & Fat Freddys Drop and have built up quite the reputation beyond the sunny shores of Australia.

“The Sydneysiders’ third album is a sonic treat. With a solid backbone of rhythm and the loose tag of surf rock, their songs contort themselves in a variety of styles.”

“Charlie’, the first single of the year for Caravãna Sun, sees the typically ebullient band get vulnerable, if still uplifting.”

“Caravana Sun are at their buoyant best on this new jam. It’s vibrant and full of hooks and charm and I’m going in again for sure.”

Album: Burning Palms is out now