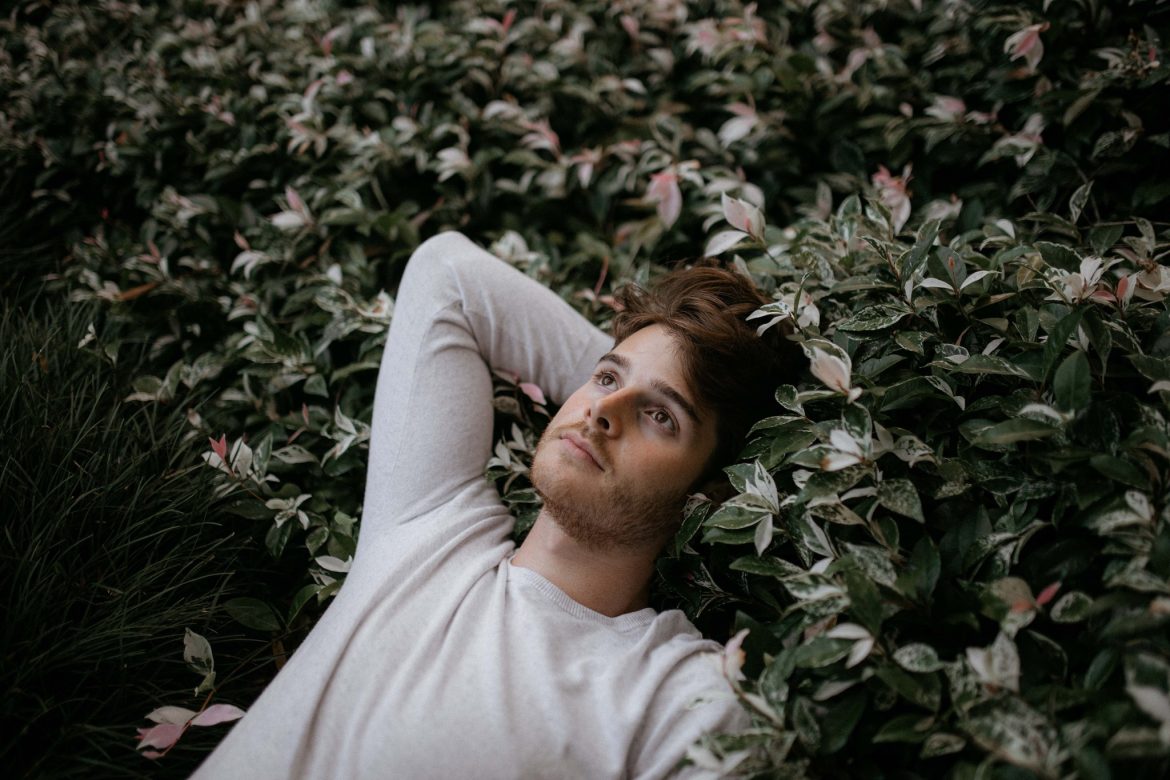 For songwriter and producer Yoste, his catalogue has become synonymous with striking and immersive alt-pop: music that hits differently and draws the listener into a sonic space all his own. Today, Yoste reveals his new project, the dynamic new EP Never The Same.

Featuring lead single ‘Violet’, the six track collection is Yoste’s strongest material to date. His endearing and earnest songwriting talent bolstered, Yoste presents the most assured insight into his artistry with Never The Same. For newcomers, this is the most perfect time to get onboard.

On ‘Violet’, Yoste describes the single as featuring some of his ‘riskier’ lines to date, as the track deals with public perceptions of depression and anxiety in today’s pop culture climate. The track is already well known to fans, first appearing in Yoste’s sets in 2019.

“I did write the bulk of it [‘Violet’] when I was touring in 2019. I was playing it on tour as well; it’s what always sticks in my head about putting it out, all this time later. I was actually starting my set with it! It’s what I was starting my set with all the way back in 2019. It feels good to finally put it out!”

“It’s not to say those things [depression, anxiety] aren’t huge problems, of course they are and I write about them often, but it’s more about the temptation within all of us to wear those things as a badge of honour rather than something we can and must try to deal with. Give young people in particular their teeth back!”

It’s the introspective nature of Never The Same that immediately draws the listener in. Yoste’s ability as a songwriter to balance vulnerability with confidence is a strong attribute for the young artist (named as one of Tone Deaf’s Artists To Watch in 2020) – this EP sees him galvanise and push himself in new directions. Splitting his time between Los Angeles and Brisbane, Yoste recorded this material on either side of the globe. Vocals laid down in Los Angeles at Valley Underground and at Yoste’s personal studio in Brisbane, the music never strays from his central sonic vision.

“This record is focused on growing up, but not in an entirely optimistic or carefree sense. It’s really about self-reflection and doubt as well as confidence and exuberance. I feel like the title – Never The Same – captures that feeling of change and perhaps loss, but also hints at something beyond.”

Across his first two EPs, Yoste (aka songwriter and producer Kurt Sines) garnered early acclaim and momentum, accruing over 150 million streams online and building a worldwide fanbase straight out the gate. As a live performer, Yoste has developed an inimitable live presence off the back of standout headline shows and supporting the likes of Running Touch, Shallou and Slow Magic in recent years.

Since signing with Palm Tree Records (Kygo’s first label venture with Sony Music) in 2021, Yoste has found himself stepping up to the plate, unafraid of putting heart on sleeve with regard to songwriting and yet, producing music that has remained incredibly accessible to people everywhere.

“Yoste is sending me to such a gorgeous place right now, I don’t really wanna go back to reality.”

“Yoste really wanted to make us tremble and quiver with this one. Slow burning emotion and he delivers it beautifully.”

“His ability to be transparent about his emotions through his music has garnered him over 85 million streams to date. Yoste has the potential to be something great…”

“You can listen to it and back in a certain warm glow, or wallow in a darker, intimate anguish. That these two opposing emotions can co-exist within the same song speaks to the brilliance of Yoste’s songwriting skills.”

“The comparisons to James Blake and Bon Iver come readily and easily. While the parallels can certainly be drawn, this is an artist undeniably crafting something entirely his own.”

Never Be The Same is out now.