“Boy Harsher make music for the dancefloor. It pulsates through bodies buckled in latex and leather
with a discernible feeling of lust. Boy Harsher also make music for heartbreak. They’re the gauze to nullify the suffering and intensity of unrequited love, that all-too-familiar tale of rejection.“ – Dazed

In October of 2017 Boy Harsher released the four-track EP, ‘Country Girl’. It was released by Ascetic House as a one-time vinyl pressing of 600 copies, which sold out in a month. Today they have announced a deluxe reissue, entitled ‘Country Girl Uncut’, which includes four previously unreleased tracks for a total of eight songs. ‘Country Girl Uncut’ will be released on October 11th via the band’s own Nude Club label and Ascetic House, with the digital available now.

To celebrate the announcement, Boy Harsher deliver unreleased track “Send Me a Vision”, complete with a music video/visual ode to Berlin. Inspired by Wim Wenders’ ‘Wings of Desire’, “Send Me a Vision” follows the unassuming guardian angel (Cameron Findlay, Kontravoid) through the streets of Berlin. He acts as a passive observer to various troubled characters in the city, hoping his silent presence can have a positive effect. His cryptic observations mainly focus on a young troubled woman (Sally Dige), and her preoccupation with jumping off a rooftop. The spirit of the city is actualized via the character of the Dancer who flickers along with the beat and channels the fast-paced exuberance of Berlin.

Boy Harsher’s Augustus Muller directed and edited the video, saying: “For me the song was so tragically lonely. I interpreted Jae’s lyrics to be a cry for help from someone in a desperate situation.” The video was shot on black and white 16mm by Christopher Gorski, in and around Kreuzberg, Berlin. Muller jokes “If Wings of Desire was Wim Wenders’ love letter to Berlin, this is our postcard.”

‘Country Girl’ marked a distinct sonic shift for Boy Harsher; the EP was the first group of songs written in their new home in rural Massachusetts. The novel isolation of the Northeast gave Jae and Augustus plenty of time to write and explore new sounds, while reminiscing about their time in the South. The move also put the band within driving distance of New York City, which was another important factor in their progression. The band attributes partial influence on ‘Country Girl EP’ to their frequent shows in Manhattan and Brooklyn; playing parties like Nothing Changes and Lost Enterprises gave them access to a vibrant new music community. From industrial to noise table techno, Boy Harsher was enamoured by the raw sound and fearless attitude of the artists and crowds alike. The sound of ‘Country Girl’ is defined by these two worlds that the band existed within – their quiet, modest life in small town Massachusetts and their speed-fuelled weekends in New York.

‘Country Girl Uncut’ includes a complete track list of songs from this time period. The album will be released physically on October 11th through the band’s imprint, Nude Club, and Ascetic House. The digital version of the album is out now. You can pre-order the CD, tape, and limited black & white splatter vinyl at nudeclubrecords.com, and the limited crystal clear vinyl at ascetism.com.

Later this month Boy Harsher hit the road again, touring extensively throughout the US and Europe this Autumn/Winter. The dates will see the duo follow up their packed out February show at London’s Heaven with a show at Scala in November, alongside a date at Brighton’s revamped The Haunt venue – details below. 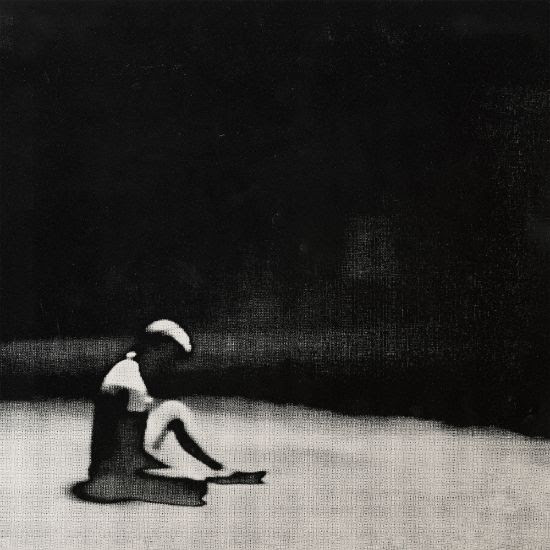 LUST FOR YOUTH share new video “Insignificant” ahead of UK tour this week! Self-titled album out now via Sacred Bones