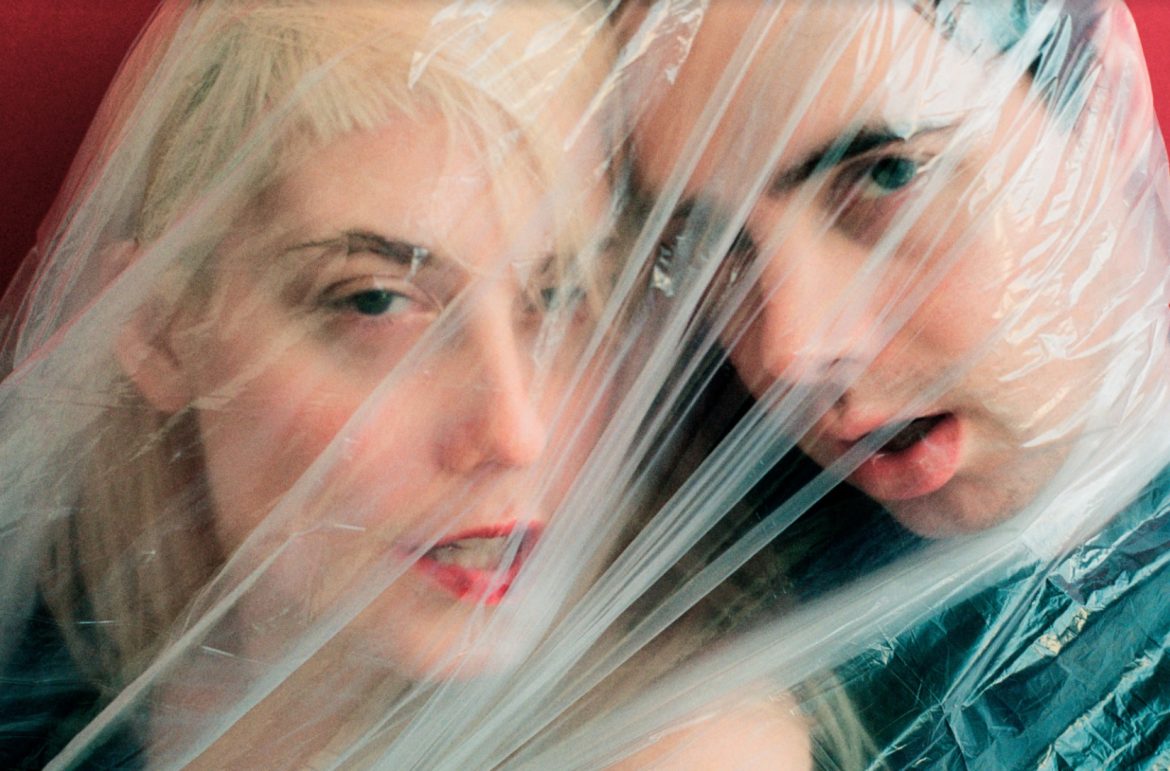 Following the news that due to popular demand the London date of their February tour has just been upgraded to a venue twice the size – Heaven in Charing Cross – Massachusetts duo, BOY HARSHER have shared a second track from their forthcoming new album.

The second single to be taken from the LP ‘Careful’, which will be released on February 1st via their own imprintNude Club Records, is ‘Fate’ – an icy-cool track, combining a spiky synth refrain with club beats, washes of ethereal haze and vocalist Jae Matthews’ distinctive smoky vocals.

“This song is about how there’s no amount of running that will prevent you from your life” they explain. “You are raw and beat-down, yet you will continue to behave the same way – Fate is your own trouble, a magnetic force that’s stuck on you forever.” The suitably unnerving video was directed and produced by Bryan M. Ferguso.

Boy Harsher began through an urgent need to produce and consume. In the winter of 2014, Jae Matthews and Augustus Muller started to experiment with sound, video and text; the advent of Boy Harsher. Born out of this tumultuous relationship in swampy Georgia, their first EP ‘Lesser Man’ (various pressings 2014 – 2018, Soft Science/Night People/Aufnahme + Wiedergabe/Nude Club) is sexy as it is sulking. ‘Lesser Man’ determined their morose pop sound. In their second release, the full length ‘Yr Body is Nothing’ (various pressings 2016 – 2018, DKA Records/Nude Club) Matthews and Muller took that darkness and ran with it. Both releases reflect the fervor present in their adolescent lust and anger. Yet before Matthews and Muller recorded any songs, their chaos made the project vulnerable and invariably lead to momentary destruction. In what was at the time believed to be their last performance, Matthews had “careful” tattooed across her back whilst Muller fried the speakers. A lit candle was thrown. They were not on speaking terms.

At that time “Careful” was meant as a warning: the cautionary understanding of love. The duo felt as though they were disappearing within one another. But, if Boy Harsher’s first two releases narrated the pain and desperation that follows after something goes awry, then this LP, ‘Careful’, describes what loves gives you: fear and joy, tenderness and pain. For Boy Harsher, ‘Careful’ attempts to detail the enveloping trauma of loss combined with the fantasy of escape.

Matthews and Muller certainly made amends since that fateful live tattooing, however both still have complex relationships to attachments. In 2017 Matthews’ mother was diagnosed with dementia and as the symptoms began to take hold the essence of “careful” became relevant in a new way. Matthews’ relationship with her parents has always been complicated: her father passed away when she was a teenager and her mother is an alcoholic, consistently unpredictable with affection and stability. The loss of her father was extreme, yet acute, whereas the persistent sadness of losing her mother (the memories that defined their relationship) is a slow, chronic suffering. The trauma of losing someone is almost in tandem to Matthews’ understanding of love. It is with these intensely personal struggles Matthews and Muller began developing their new album.

With ‘Careful’, Boy Harsher use the medium of minimal electronics to create a compelling narrative of a deteriorating family and the reaction to run away from it. The record plots its time between songs that study the trauma embedded within loss, and the compulsion to flee.

The band expands upon the fine-tuned production developed in their last EP ‘Country Girl’ (2017, Ascetic House), but with plenty of nods to the fast tempo and grittiness of ‘Lesser Man’. Matthews and Muller attribute the evolution of their sound to the extensive touring they completed in the last few years. They sold out their debut UK shows at the end of 2017 and embarked on two US and two EU tours this past year, where audiences recognize their set as a faster, harder version of their recorded material.