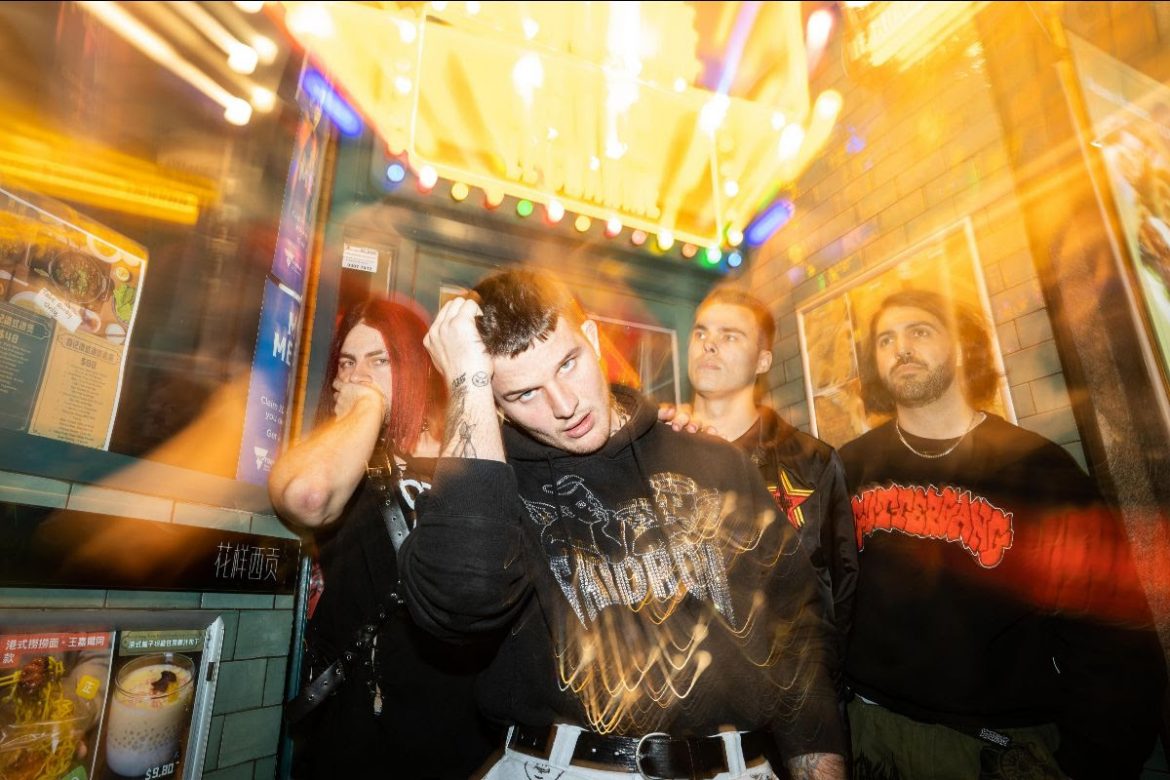 “I wrote Used with nothing but rage in my heart after spending the day literally doom scrolling for 7 hours straight,” says vocalist Joshua O’Donnell of the new track’s inception. “It’s a million questions about the future, it’s anxiety, it’s an angsty rant, and it screams at you ‘I don’t know if this shit is gonna get better but god I hope it does’. The song dances with the feelings of failure from the perspective of someone who believes they are on the brink of success but can’t stop doubting themselves.”

And while all eyes are currently on the future of Banks Arcade, the group’s recent powerhouse showing in the UK at both The Great Escape Festival and Download Festival also further cemented the quartet’s electrifying live presence, dazzling with their energy and no holds barred tunes alongside 400 up and coming artists from around the globe in Brighton for The Great Escape, and taking full flight in Donington for Download amongst the likes of Iron Maiden, Deftones, Megadeth and Sepultura.

Fans can catch Banks Arcade currently on the road with Thornhill, Dayseeker and Gravemind around Australia this July, with the group also set for a mammoth 27-date regional tour supporting In Hearts Wake, alongside RedHook and Pridelands.

It Could Be Franky ‘Better’ Premiere