“This Melbourne beatmaker is doing something special.” – Pop Matters

“The genre-defying Aussie artist makes dreamy, summer-party style tunes that get in your head so bad, you’d be silly to not chuck them straight into your Sunday sesh mixes.” – Pedestrian

In March 2018, while thousands of the world’s musical hopefuls descended on Austin for SXSW, Melbourne-based artist and producer Alice Ivy took leave from Rainey Street (where her showcase later in the week would draw a capacity crowd) in favour of a deserted studio in the Texas foothills.

The cause for her absconsion was to lay the foundations of an inspired collaboration with Detroit icon-in-waiting Flint Eastwood, the seeds of which were sewn a couple months and many thousands of kilometres earlier when the pair made fast friends on The Falls Festival in Ivy’s native Australia. A subsequent trip to Flint’s hometown of Detroit and an afternoon spent at Assemble Sound, a historic 1872 church-turned-recording studio complex and ‘Close To You’ was born.

The product of their artistic union is a touch over three minutes of masterful electronic pop piloted along by Ivy’s bold synths and playful kalimba over which Eastwood muses on a romance in-the-making set to the backdrop of her beloved hometown.

To celebrate the release of this new single, Alice Ivy has announced she’ll also be heading out on a ‘Close To You’ National Tour. Supported by her friend, Like A Version collaborator, and the most fearsome force in Australian hip hop, Miss Blanks, the tour will kick off May 17 in Adelaide, and will head to capital and major cities around the country. Tickets are on sale now!

Having released her debut album I’m Dreaming in February 2018 (which was recently long listed for the prestigious Australian Music Prize), electronic producer Ivy has performed more than 50 shows worldwide including Australian national tours with Flight Facilities, Vera Blue & The Jungle Giants, SXSW 2018, Falls Festival & Splendour In The Grass. Alice Ivy’s eclectic signature sound spans sample-influenced soul, hip-hop and electronic pop that she brings to life live as a multi-instrumentalist. With a trio of past singles on high rotation at triple j and a reputation for explosive live performances, Alice Ivy is fast becoming recognised as one of Australia’s most versatile and exhilarating artists.

‘Close To You’ is released digitally worldwide on Friday, February 22, 2019 by Dew Process/UMA (AU/NZ) and Last Gang records internationally. 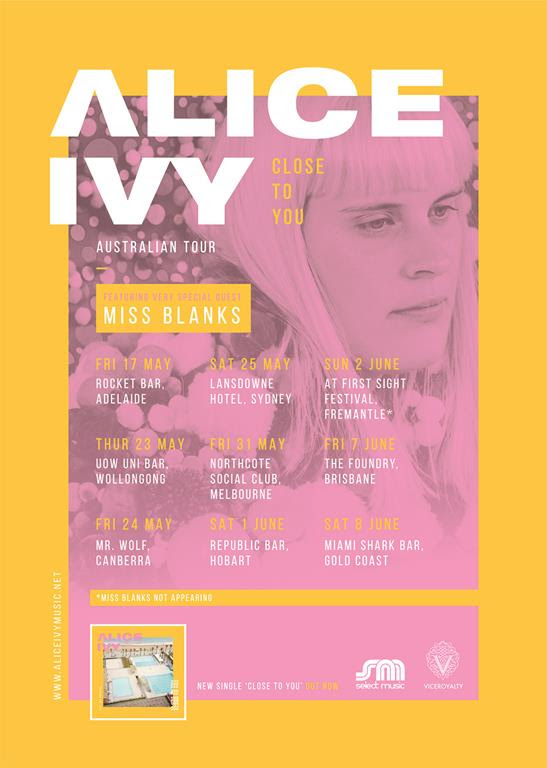 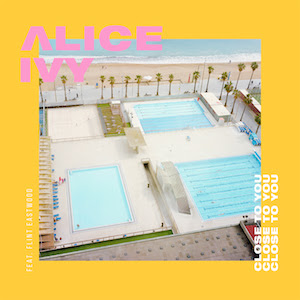