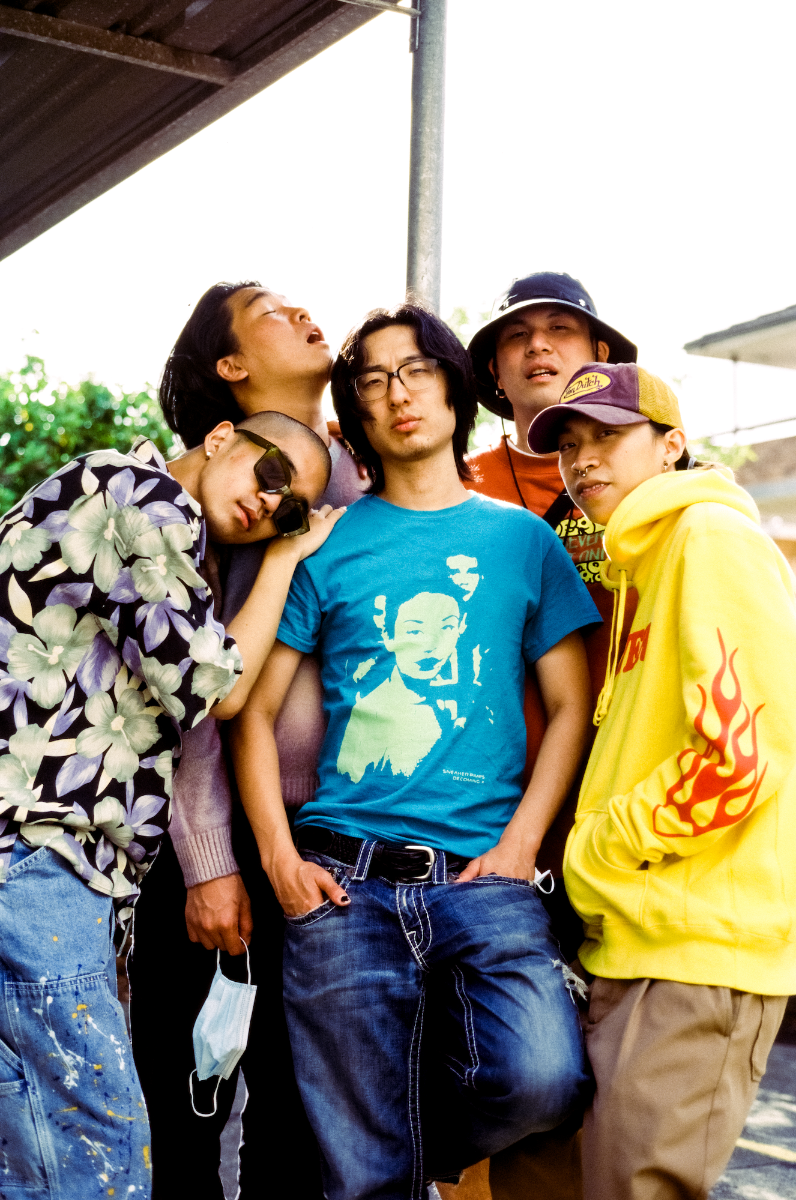 The result is a furious mashup of hyperactivity, born from Nerdie and pokari.sweat’s genre-bending production, helmed by rako, goyo and DALI HART’s gritty flows, juxtaposed again with Nerdie’s lazily-sung hooks. Trolling through abrasive bounce on ‘Shake It‘ to chopped and screwed on ‘Come On‘, drum and bass nods in ‘Woah Damn‘ and ‘No Talk ft. Agung Mango‘, boom bap on ‘Undercover‘, ‘Ralph‘s spaced out breakbeat and EBM sub-heavy ‘Payphone ft. Raj Mahal‘ or the gentle afrobeat of ‘Worldwide‘ – the sound of 1300 can be neither pigeonholed nor defined in simple stylistic terms.

What guides 1300 is their strength as a collective, concentrating each of their artistic visions and personalities into one seamless whole. Lyrically bound by the pursuit of feeling, each rapper flirts with the production, the syllabic shape of their words shifting from breathless to animated through autotune and back again. Through their production, inspired by Super Smash Bros to The Fast and Furious, Wreck-It Ralph, Far East Movement’s ‘Like A G6’ and BLACKPINK, 1300 prove nothing is off-limits.

Since their debut release in 2021, ‘Brr‘, 1300 have continued to ascend, culminating in their breakthrough release ‘No Caller ID‘. Praised by tastemakers including Acclaim, Purple Sneakers, AUD$ and Korean rappers Palo alto and Lil Boi, it was ‘Smashmouth‘ that took the group to fever across triple j, Feature Artist on Unearthed and praise from Rolling Stone, NME, Sniffers and more. Following a remix of Payday and Danny Brown‘s ‘Vampire‘ and their riotous, live show, 1300 have since supported stages with Genesis Owusu, PNAU, Shady Nasty and more, plus festivals including Beyond The Valley, Field Day, Wildlands Festival and soon, a sold-out appearance at VIVID LIVE and Splendour In The Grass.

This year they continue to conquer with ‘Oldboy‘ and ‘Rocksta‘, securing fans in triple j with their debut Like A Version performance covering Psy’s ‘Gangnam Style’, acclaim from Complex Australia, VICE, Pedestrian, Junkee, Red Bull Music, Sydney Morning Herald, RAGE, MTV, The Music, Music Feeds, and community radio play nationally, including FBi, SYN, RTR FM and more. Today, the self-proclaimed boys from outer space arrive with the release of Foreign Language. Over thirteen tracks, rappers rako, goyo, DALI HART and producers Nerdie and pokari.sweat, rewrite the rulebook with their explosive Korean-English raps. Each song is as unpredictable as the next and uniquely, 1300.

Foreign Langauge is out now, buy/stream it here.